A Normal, Quiet Saturday Morning Run - Not Quite

Saturday's long run was a first for me.

It started off as a normal Saturday run. A big crowd of us meeting before 5:30am then heading in towards the city. We generally stick together for the first couple of kilometres and then settle into our own pace groups. I ended up with the usual culprits - Elio and Bevan - but with an extra female, Tracy, this time to balance out the numbers.

It was a lovely morning. We were travelling comfortably at around 5:20-5:30 pace and the banter was keeping us all amused. Silly running banter about who was higher on the running totem pole, squad captain (Bevan) or runner of the month (Elio). And should we do a running calendar of all the 'runners of the month'? And should it be a topless calendar? (I'll admit it - my idea! But I was thinking about firemen when I suggested it). 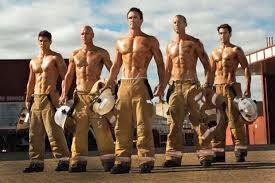 The boys seemed to be a little shy about the whole topless thing but when I suggested it be done Calendar Girl style with strategically placed pot plants or fruit I think they got the wrong idea.

We lost Bevan at the 8k mark (He had 16k on his program) and kept going to our 10k turnaround. And it was this trip back home that was the eventful part.

A couple of kilometres in we ran past a group of drunken revellers. All in high spirits and all filled high with spirits. No problems with them, though - they just wanted to high-five us and cheer us on our way. And we left them with smiles on our faces.

Tracy left us with about 4 kilometres to go. She wanted to push the pace on the home stretch. This left just Elio and I. We got to the river walkway and noticed a small group clustered at a spot near the fence looking down. When we got close we could hear a woman screaming hysterically. We could see her over the side. She was walking around on the rocks below and was very distressed. One of the other runners who had stopped asked her if she wanted us to call for help and she said yes. Then she disappeared from sight back under the walkway.

Two calls to the police and they were finally on their way. We could hear that the woman was not alone. There was a man underneath the walkway with her and he was angry. He kept yelling and swearing and threatening her. When she stopped screaming we were all very concerned for her safety.

It was a long 15 minutes waiting for the police to arrive. And when they did, they didn't seem to sense the urgency of the situation. They took a brief statement of what was happening and the fitter-looking of the two decided that maybe he should jump over the fence and see what was happening. I'm thinking that the tubbier one was there for moral support and his good penmanship? Or maybe he's an excellent shot.

The policeman emerged after a short while with the woman and a man (who was a lot less intimidating to look at than his angry yelling had suggested). He spent some time talking to them while policeman #2 came and took our details. I get why they wanted our names and phone numbers. But date of birth? The first girl's birth-date ended in a 1980's, the second was in the 1970s as was Elio's. Mine's in the next decade down so when he got around to asking me my birth-date that was my moment to use a phrase I've always wanted to use but never had occasion to.

And then we were dismissed. It was hard to get our legs going again for the last couple of kilometres back but we kept ourselves entertained by creating outrageous stories about why we were so late back. My creativity was minimal - we were stopped by the cops because we were speeding. But Elio's involved abseiling over the side of the walkway. When I pointed out the flaw in the story (the lack of rope) it became me being lowered by him over the side. And when I said that we wouldn't have been low enough it became him wedging his foot in the railings and hanging off the side while lowering me down using only one arm. I was finally happy with that one - totally believable! I'm just not sure what I'd have done once I'd gotten down to the rocks. Helped the woman climb back out using Elio as the rope while keeping her angry attacker at bay with the strength of my BO?

So that was my Saturday run. Did anyone else have anything unusual happen while on their weekend run?
Posted by Char at 2:20 PM