The Day I Became A Murderer

My internet was cut off this week.

Not because I didn't pay my bills. And not because I've been downloading things illegally. The company that I'd been with was going out of business. So they kindly sent me an email saying it would be shut off from the 14th of May - then they went ahead and shut us down on the 3rd. WTF?!!

Of course I'd worked off the date that they'd originally given us and organised a new connection just the morning that they cut us off, not knowing that the original date had been an approximation. And I'd been told that the new connection would take 10 days to set up. So I knew that I might be without internet for a day at the most next week. No big deal.

And then I tried to get on the internet and found it wasn't working. I thought it must have been a temporary glitch ... until I rang the company and found out the horrible truth. The voice on the end of the line was terribly apologetic and said that we should have been told the third of May and that she would send me an email. I was in no mood to be placated. Even though the debacle was not her fault I wanted to punish her just because she was the voice at the end of the line so my response to the conciliatory email was along the lines of "and how am I supposed to receive the email seeing as you've cut my internet off!!!" The word 'idiot' was not uttered but was definitely implied. With an appropriately scathing profanity.

Luckily our new internet provider (Internode, for anyone who's interested) has exceptional customer service. And empathetic staff who respond to middle-aged women who can spin a heart-rending tale of woe. The ten days I was originally quoted turned out to be only four!!

Hallelujah, I am connected again. Which is just as well because I have had something very important that I needed to get off my chest. I've been a bad girl and the guilt has been eating me up.

I became a murderer this week!

Most of you are probably shocked by that statement. Most of you would view me as a somewhat unbalanced but fairly harmless person who wouldn't hurt a fly. But some of you might have realised that there is a hidden darkness in all of us and given the right circumstance we are each capable of more evil than we could even contemplate. Those 'right circumstances' came to pass this week.

The day that I became a stone cold killer started off as many days do - an early alarm, shivering in the dark as I changed into my running clothes, eating a slightly unripe banana, hoping that the banana would act quickly so I could run without fear of PTSD (Poorly Timed, Stress-induced Defecation) and a happy and uneventful run.

You'd think that with all those endorphins surging through my veins that, of all days. that would not have been the day I would have turned homicidal. But in fact it was all those happy hormones that started off a whole cascade of events that ended up in blood and carnage.

After the run I took myself off to the shops to get a coffee. It was a particularly good coffee - hot, strong and not too bitter. It amped up my mood just a little more. I was full of caffeine and endorphins and a sense of joy that I wanted to share with the world. So the first thing I did when I got home was let our chicken out to roam around the back yard. There's nothing in the world she loves more than exploring. 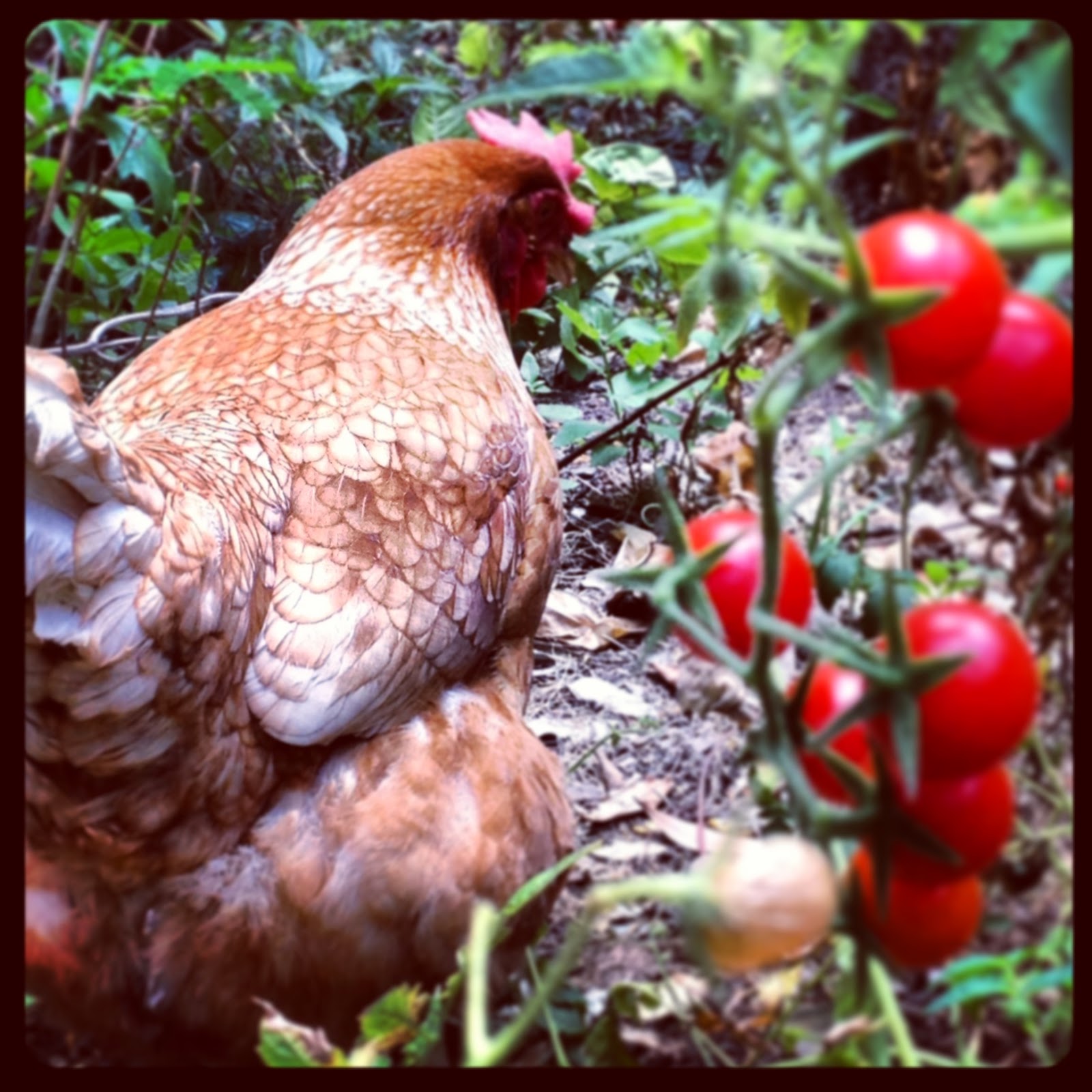 If I hadn't let her out it wouldn't have happened.

But I did. And it did. Now all the perfumes of Arabia will not sweeten this little hand. (Apologies to William Shakespeare)

It was the chicken that made me aware that something was amiss in the back yard. She wasn't cackling but her alarmed clucks told me that she was disturbed. (I'll bet that you didn't know I had the Dr Doolittle-esque ability to translate chicken-speak into English.) So being a good and caring chicken owner I went to see what was wrong and what I saw was this - 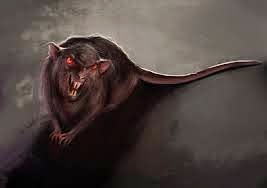 Or it would have been this if I'd had to describe him to a police sketch artist who also had a strong dislike of vermin.

A rat lurching and hopping drunkenly across our lawn in broad daylight isn't something I'm used to seeing. I know we have rats but they generally only come out at night and I generally choose to ignore the fact of their existence because I don't see them. And our rats (yes, the word 'our' implies ownership and I'm happy to 'own' invisible rats who clearly do not exist because I never see them) are scurry-ers not lurchers or hoppers. There was something very wrong with this rat for it to be brazenly cavorting out in the open and disturbing both chickens and humans alike.

I remembered that Iven had put down rat bait so this strange ataxic gait could have been caused by poisoning. But I also remembered that the Great Plague of 1665 was caused by rats. Or rather fleas that were carried by rats. So there was only one course of action I could take. I had to kill it. I'd either be kindly hastening a slow, agonising death OR I'd be preventing the deaths of millions of my neighbours.

And then I remembered that Luke was home so I may not have to kill it myself. After all why reproduce if you can't count on the fruit of your loins doing your dirty work for you?

So I called Luke down to do his 'manly duty'. He was a little horrified that the rat was still alive. His expectations were that he'd be picking up a corpse with a plastic bag and throwing it in the bin. His hesitation made me totally over-think the situation. Luke's still fairly young and impressionable. Plus he's a kind and sensitive young man. If I got him to do the deed I might be scarring him mentally for life. I may, in fact, be creating a vicious homicidal maniac. So, as much as I hate to take a life, I would be a terrible mother to make my son do what is clearly my duty.

It was me who picked up the shovel. And it was me who hit that poisoned, plague-ridden rat on the head. Twice. And it was Luke who commented that I hit like a girl and should get a better swing happening. And Luke who took the shovel off me in exasperation to deliver the killer blow. So now the guilt is not just because I'm a murderer. I've made my sweet little, 6ft 4in son a partner-in-crime.

He helped dispose of the body too. And I'm pretty sure I heard a satisfied cackle from the chicken as we triple-bagged the evidence of our blood-lust. One less rat to steal her food! 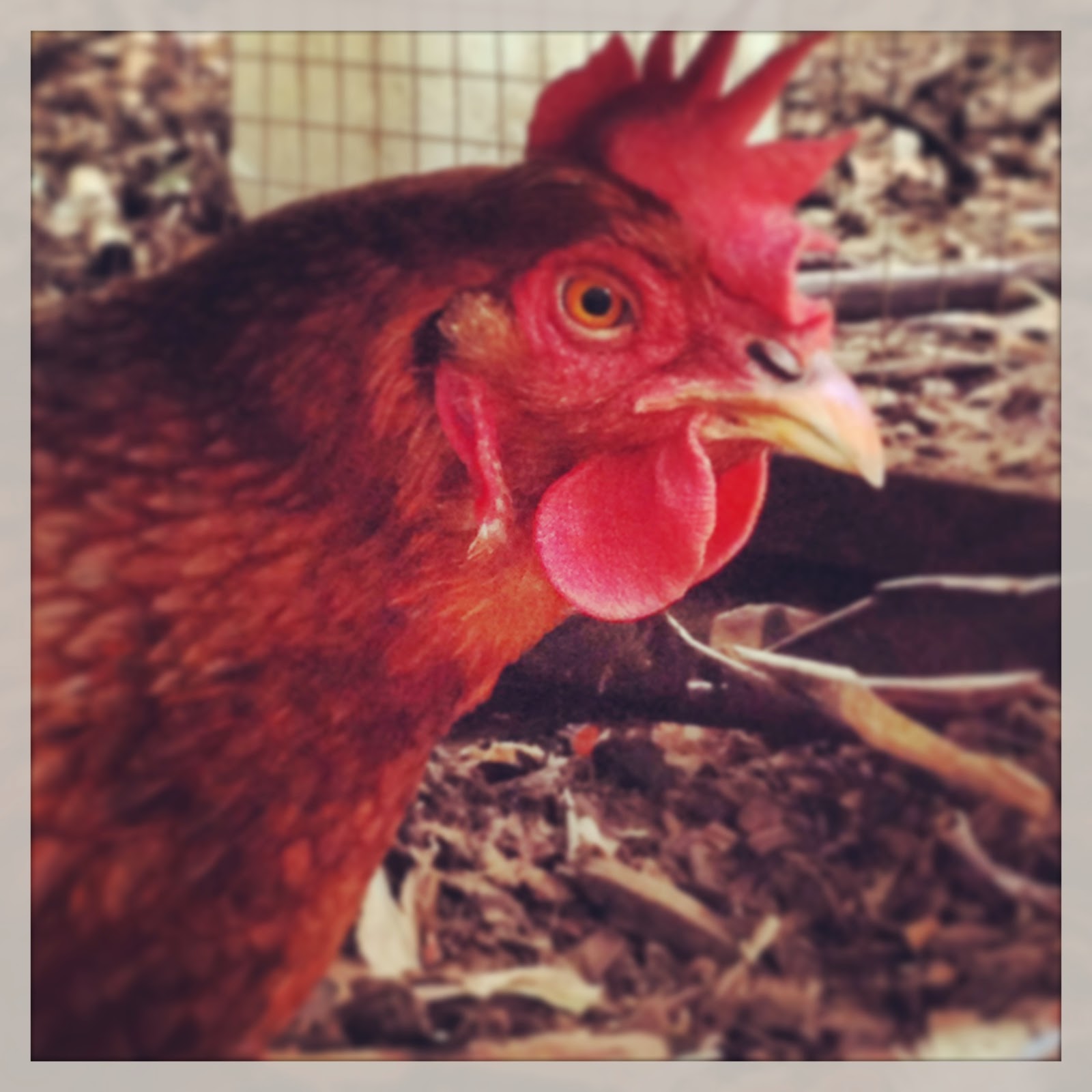 I feel so much better now I've confessed.
Posted by Char at 7:32 PM