Back again on-line finally after another hiatus. More technical issues meant that our celebrations last Friday were very short-lived. But this time we've been connected for more than eight hours so I'm calling it a win.

So what's happened in my life in the last week, you ask? A lot of the same old, same old - sleeping, running, eating, working and trying to stay calm about going to Melbourne on Saturday. But the highlight of the week would have to be the 'moment' I had on a run yesterday.

Luckily this moment didn't involve any unwanted or poorly-timed bodily functions. This moment was just a fleeting encounter. A moment where eyes meet eyes and there is a connection. A moment when you feel like although you're strangers, you already know each other's hearts.

You've all heard of love at first sight. Where you glance across the room and catch sight of him (or her) and your eyes meet and suddenly you're lost. Well it was nothing like that - apart from the eyes meeting bit.

I was just running along one of my usual routes, enjoying the crisp morning air and the fact that running really helps with the pre-travel, I-think-too-much nerves when I came across a running group running the opposite direction. The path was fairly narrow but it was wide enough for us to pass comfortably if we all ran single file. All of the group seemed to understand that running courtesy dictates that you move across so your fellow runners can pass - well all of the group EXCEPT the tall, dark man at the back.

As I got closer I was waiting for him to do what his friends had done - just move a foot to the left. But no. He wasn't budging. Our eyes locked - but not in the romantic across-the-room-happily-ever-after way. They locked in a battle-to-the-death, blink-and-you-lose way.

I gave him the stink eye that said 'Shove over you uncouth Neanderthal.'

Then I used my death glare.' Were you raised by wolves? Whatever happened to good manners and common courtesy?'

To which he countered with a belligerent gaze  'I'm coming through. I'm bigger and faster and if you don't get out of the way you're going to get hurt.'

And as he ran off into the distance I went with the scathing, withering glance perfected centuries past by pragmatic school teachers the world over and had one last mental shot 'Stupid a$$hole.'

Yep, I won that battle. And without even saying a word.

And because all posts should come with a picture, here's a gratuitously cute photo of Toby welcoming me home after I'd been longer at the shops than usual. I got a two-toy greeting. 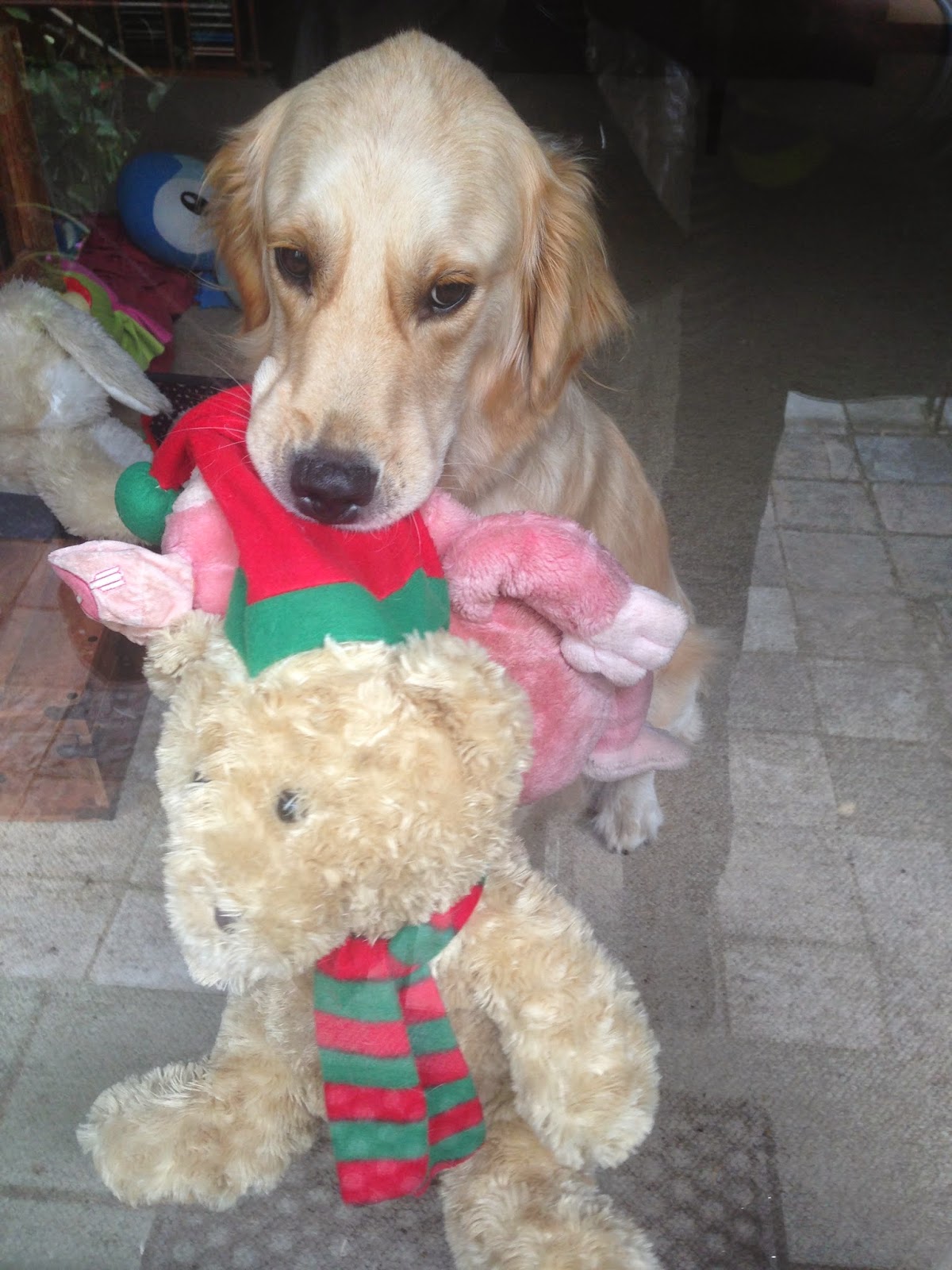