They're Not Always Good Runs

I know it was less than two weeks ago that I was waxing lyrical about how amazing my runs were. How good I felt. How life was filled with rainbows and unicorns.

Well, it really was at the time. And then I did my long, slow run on Saturday. Not my best ever! In fact it could go down in the annals of time as one of my least pleasant.

It wasn't because of the company because the company is always good. And we didn't have any trouble with the route despite all the expected G20 chaos in the city - which turned out to be not much chaos at all.

The run certainly didn't start off badly. The first 10k felt like most long runs - except that it was hot before we even started. But somewhere in the second 10k the wheels started to come off a little. It may have been the long hill going up beside the cemetery that started the rot but the second hill going up to Dornoch Tce was definitely the one that finished me off - and we still had 6k to go till we reached the end.

That 6k felt like a death march. If my ego would have let me stop and walk I would have. At least my ego let me slow right down and plod my way to the end. And all the while I was wondering where the girl from the previous week had gone.

Having had time to analyse what went wrong I've come up with a few thoughts.

1. It was a pretty warm morning
2. I went out a bit hard considering that the temperatures were higher.
3. I forgot to fuel at my usual point and only remembered when I was already tired.
4. This route didn't have as many water stops as we usually have - not great on a warm morning.

Each of those points pretty much says the same thing - I didn't run to the conditions.

And I paid for it. I spent the rest of the day feeling nauseated and headachey. I'm thinking it was a touch of heat stress. Lesson learned - on hot days take it slow and make sure you fuel and hydrate adequately.

And as for the G20. It turned out to be not that much of a big deal after all. Most Brisbanites vanished from the city and headed for the beaches. And the ones who did hang around spent most of their time indoors in air-conditioning because the weather turned really nasty. (Side note to Tony Abbott - how much longer are you going to deny that the science on climate change is real. 40C temperatures in November are not normal.)

Friday wasn't too bad temperature-wise and I got some fun stuff done. Like sorting out this mess. 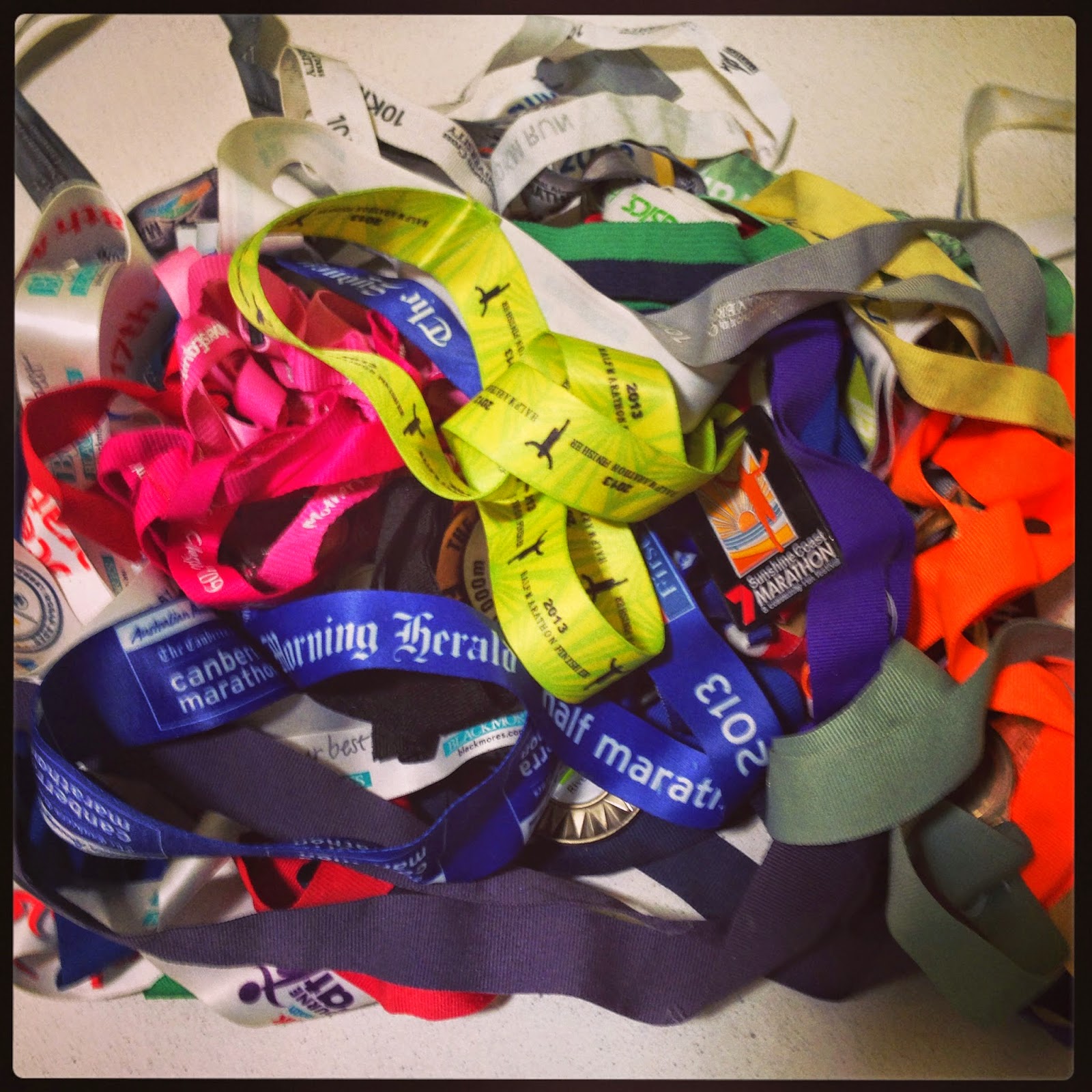 Looks way better now and all I needed was a drill, the right bit, a long piece of dowel and a handy husband. Thanks Iven! 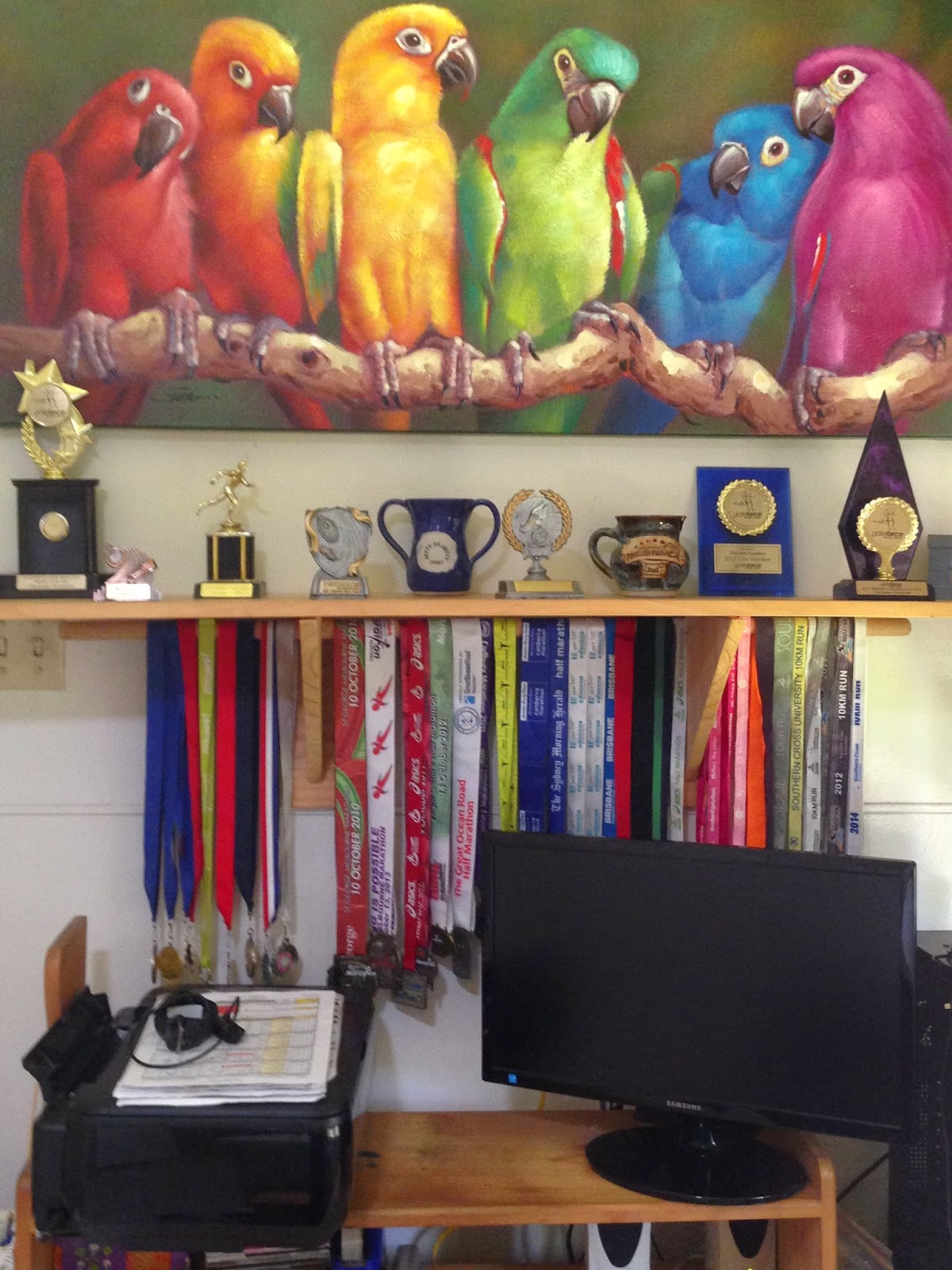 And I iced a cake. A new technique that I'd seen in a book. Seemed like it would be easy but it wasn't. The icing stretched out when I was putting it on the cake and I almost lost some of the coloured stars. I should also have put on more stars closer together. Que sera. You live and learn. Plus I have even more respect for the Cake Boss now - he makes it look like anyone could do it. 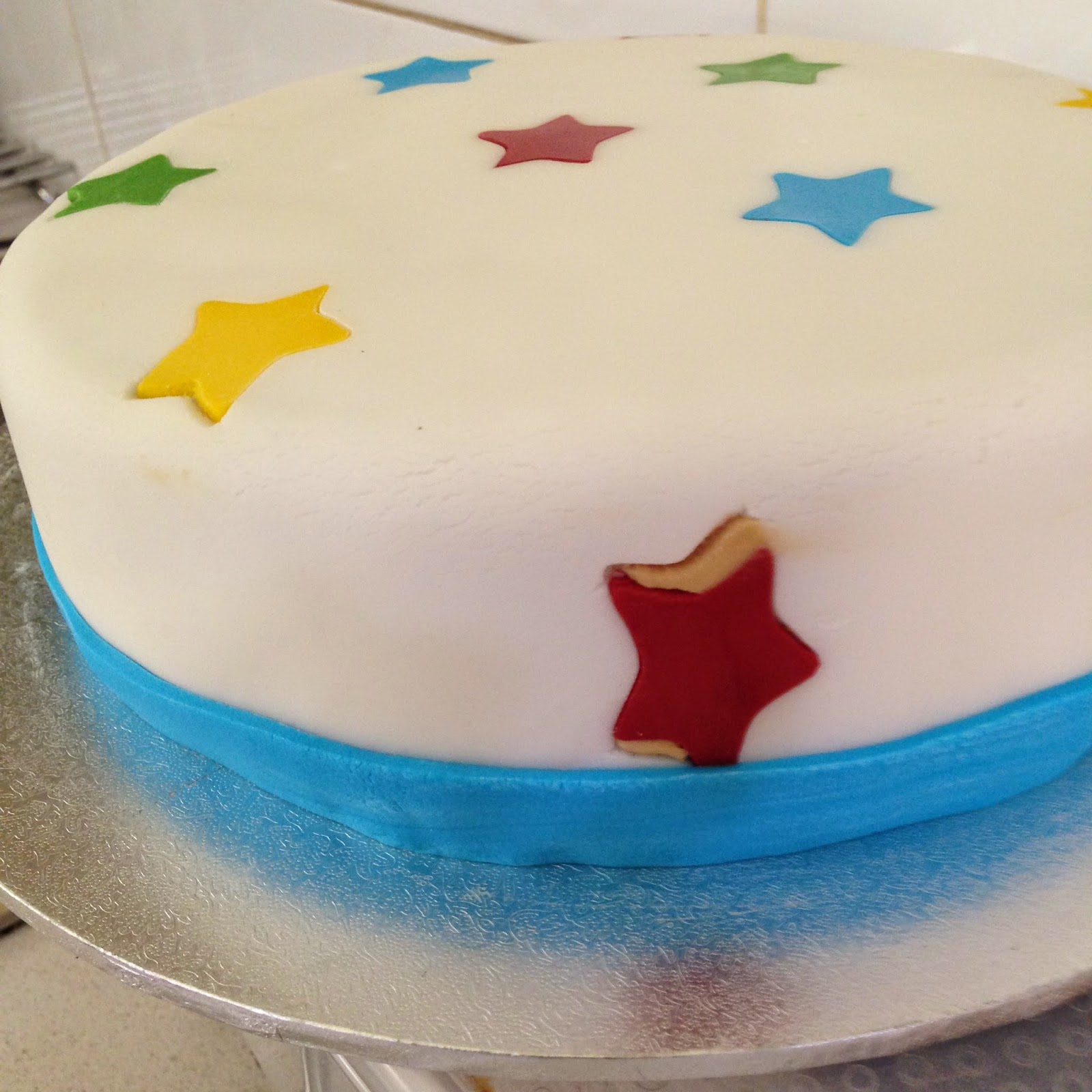 I finished Friday feeling like I'd achieved something. Then came Saturday and the awful run and feeling sick. Didn't get much done after that. Sunday was all about finding a cool spot to hide and trying not to move so all the little jobs I'd wanted to do over the weekend just didn't get done.

I'm sincerely hoping that that's the only hideous weekend we have all summer (even though it's not summer yet) but I'm pretty sure that it won't be. Roll on winter!