The G20 is in my city over the weekend and I'm excited!

Actually that's a lie. I'm not excited at all. I'm annoyed. And I've been heading down the slippery slope from slightly irked to full on lucky-I'm-not-allowed-to-carry-a-weapon annoyed over the past couple of weeks.

The irked part was from having our house buzzed at all hours of the day or night by Black Hawk helicopters. And by buzzed I mean the whole house was shaking and I couldn't hear the Bachelor, Blake, defend himself for breaking his engagement to Sam. Generally they chose to practice their late night manoeuvres the night before speed session. Speed session is hard enough by itself without being sleep deprived.

I did manage to keep from getting too annoyed by telling myself that if I ever write a novel that involves having to describe life in a war zone I'd be able to describe that aspect pretty well. So actually the whole experience could have helped with my Pulitzer Prize aspirations.

The irritation built when I realised that it's almost impossible to find out exactly where we can and cannot run for the three days of the summit. Sure there are maps of the restricted zone where the roads that are closed are marked but I haven't been able to source a map that shows where pedestrian access will be denied. The best I could come up with was this -

A small number of footpaths will be closed in the Brisbane CBD and South Brisbane. There will also be a number of footpaths and bikeways closed in South Bank surrounding the Brisbane Convention and Exhibition Centre.  Signage and diversions will be in place to advise pedestrians and cyclists of closures and alternative routes.
Cyclists should look out for signage as there will be impacts on footpaths and street access in the Brisbane CBD and South Brisbane which will extend to bikeways.
This is not particularly useful when you're trying to plan a run, which I've been trying to do for Saturday's group.
Originally I'd thought it might be fun to run towards the city and see what all the hype is about. Maybe catch a glimpse of a sniper or the secret service or even a head of state. And then the part of me that's a little scared of being strip-searched in public or seeing that happen to any of my squad friends (actually that thought is quite terrifying because what has been seen can never be unseen) told me that that might not be the best idea.
So then I thought we should head out towards Tennyson and then back to our starting point over the Green Bridge and through the uni. But a certain VIP decided to accept an invitation to speak at the University of Queensland and now that's off-limits too.
I'm desperately hoping that pedestrian access will still be allowed on the Go Between Bridge or else we'll be running an unplanned 38k. That could be a bit of an adventure.

The thing that really took the irritation up the next step was this article. The secret service wanted a roundabout demolished so the US presidential motorcade wouldn't have to slow down. Seriously?!! Mr Obama has brought his very own Cadillac which can withstand biochemical attacks, bullets and roadside bombs so why are they worried about slowing down for a roundabout?

I don't know - you invite some people over for a visit and all of a sudden they want to redecorate. At your expense.

I know I should be mollified a little by the fact that we've been given an extra public holiday but when you can't do your usual stuff without having to think and plan and then rethink it all because there's been a change to the G20 schedule, the holiday doesn't even come close to making up for it.

Next time, all you important heads of state, maybe you should consider having your summit somewhere that doesn't cause as much of a hassle to the locals. Richard Branson's island comes to mind. 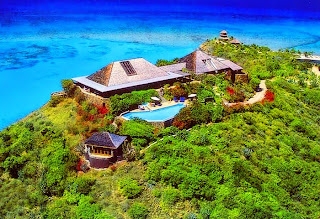 I'm sure there'd be plenty of room if people were happy to share. Just as long as Mr Abbott isn't put in with Mr Putin cause I'm pretty sure there'd be some towel flicking and undie-wedgie action if that happened.