I have always maintained that I'm quite an open person. I don't believe in keeping things hidden away just to maintain an image. If I've had to poo behind a tree, I'll tell the world that I pooed behind a tree. If I make a fool out of myself by saying something inappropriate, I'll happily post a blog about it. And if I have fantasies of mariticide (and what married woman doesn't at one time or another?), I'll be asking for tips on best methods for body disposal.

But just recently I realised that, if I was to be totally honest, I haven't been totally honest. I've held back some of my most shameful secrets. And it's time to rectify that wrong.

I have old food in my freezer. Check out the use-by date on that lasagne. 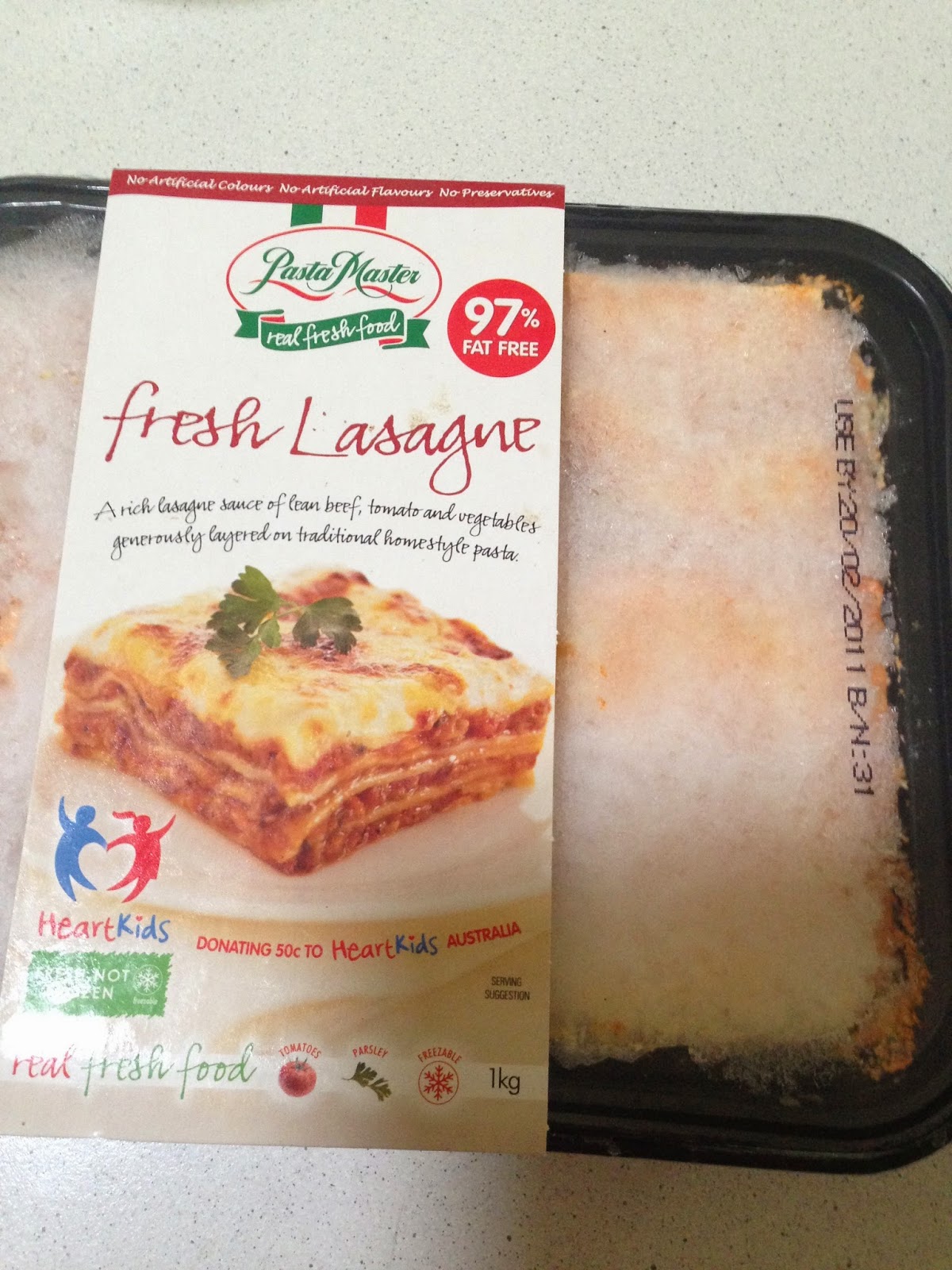 And that's not the sole packet of expired foodstuffs. I have meat from cows that were grazing pastures back in the John Howard era. He finished his Prime Ministerial term in 2007!

Having this geriatric food is an incredible dilemma to me. I hate to just throw it out. Because it's wasteful and children are starving in Africa. But I would also hate to serve it up and have my whole family die of salmonella, clostridium, E coli or ebola. So the food remains in the freezer in a state of limbo. Or suspended animation.

Last time I had this problem it was miraculously solved by a freezer breakdown. The freezer was still under warranty so I was able to claim back the cost of the spoiled food that we would never have eaten anyway. And I was able to toss out all the stuff that needed to go without feeling any guilt whatsoever.

But the warranty has lapsed now so that's never going to happen again.

Writing out this confession has given me the courage to actually take action. I'm going to chuck out the chuck, and the diced pork and the pre-made lasagne that tastes a little like cardboard. But I'm going to do it sneakily. Because if Iven found out he'd insist that I cook it up - even if he was the only one who dared eat it. That might help with my mariticide fantasy but I'm sure that it would be messy and when if I finally getting around to fulfilling that one, I'd like to do it with a minimal amount of clean up.

Give me a month or so of throwing out a meat tray on garbage pick up day and I'll get my freezer back under control.

Maggots don't disturb me very much.

I'm sure they would if they were feeding off a dead body that I'd accidentally stumbled across in my husband's wardrobe. But the likelihood of that happening is pretty minimal. For a start, his wardrobe is pretty small and his propensity to behave a little like a pack rat (yes, he has clothes in there dating back to when we were married and no, he can't fit into them any more) means that there wouldn't be enough room to stuff a body. Unless he dismembered it and put it in little plastic bags. But that would probably keep the flies from breeding and, voilà, no maggots.

I picked up a grain of cooked rice this morning as I was tidying the kitchen and the grain of rice wriggled. On closer inspection I realised that I should probably go have an eye test again because the rice I cook is not segmented and does not have mouth parts.

My reaction to realising that I was holding a fly baby was to flick it out of the window. No screaming. No fuss. I didn't bother looking into where it may have come from because that would involve house-cleaning and we all know that I'm not great at that. Which is probably why the maggot was in my kitchen in the first place.

So that's it, all my dirty laundry aired. Over to you - anyone else got a secret that they need to get off their chest?