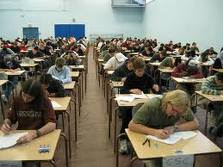 I know it was just yesterday that I was bragging about Luke finishing exams and school but it seems that I was a little premature. Luke did his music exam, which he thinks went well, then went into the city to buy himself a cover for his birthday present (and iPod touch). He came home with his girlfriend in tow to watch his favourite DVD before heading back out to celebrate his birthday with his school friends. As far as he was concerned he was on holidays.

And then we got a text from the school. (how techno are schools these days?!) It said Re-sit Chem exam on Wed at 8:30 am.

Huh?? Re-sit an exam that he'd done the previous day?

We still don't know the full story but the Chem exam paper was put on the school intranet - we've been told that it was a student who stole the exam off the teacher's desk or that it was the teacher who put it there by mistake. Either way there was a security breach which MAY have advantaged some students. So the exam has to be done all over again.

How do you tell your son this sort of news on his birthday? It was horrible and he was NOT impressed. Now he has to hit the books again - which is a bit of an issue because we had borrowed our text book from someone and Luke has handed it back so we'll have to re-borrow it or manage without.

And still on a negative note. I had a really sucky run this morning. It was 17k over a really hilly route in disgusting heat and even worse humidity. I ended up walking the hard bits of two hills. The only good things about the run was that it did finish EVENTUALLY and there was quite a bit of eye-candy to push me through some of the last few k's. I'd like to thank the boys from the Brisbane Lions team for choosing that location to run their time trial and I'd especially like to thank the ones who found it so hot that they had to remove some of their clothes! 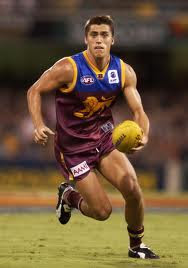