Josh arrived home from Thailand on the same day we came home. He had a wonderful time. Spent all his money and then some. Wants to go back. Patted tigers and fed elephants. Got kissed by a lady-boy (sucked in Josh - we warned you to look for the adams apple). And now real life must start - job-hunting and career-building is what's on the cards for this year.

My baby, Luke, managed to get his license while we were gone. He was so cross with his Grandma for letting us know he was taking it. He's wanted to surprise us by picking us up from the airport. Plus he got his university offer and he will be studying engineering for the next 4 years.

Both Sam and Luke had been home during the flood and I can't be more proud of my boys. They helped their great aunt shift furniture away from rising flood waters. They helped their aunt with the cleaning after the floods had receded. And they worked for two days helping out friends' families with their cleaning too. 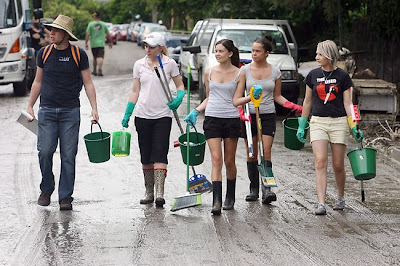 And I'm astounded by the out-pouring of goodwill that happened during and after the flood. People who were strangers just went to affected areas and helped. They evacuated people, they helped move precious belongings and afterwards they all pitched in and cleaned and scrubbed and threw rubbish onto the backs of trucks, People set up barbecues in streets and fed the workers. People from everywhere have donated to the Premier's appeal and have put on fund-raisers. And bit by bit the city is getting back to normal. When you see things like this happen it restores your faith in humanity.

I'm actually sorry that I wasn't here when it happened. I've missed a very important piece of my city's history. And I've missed being part of something very special.

But rather than leave on a wistful note I thought I'd put in a few more holiday snaps. Who'd like to visit Tassie? 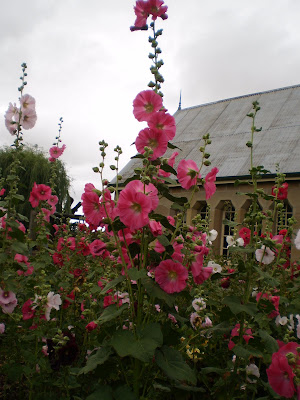 An old church in Ross 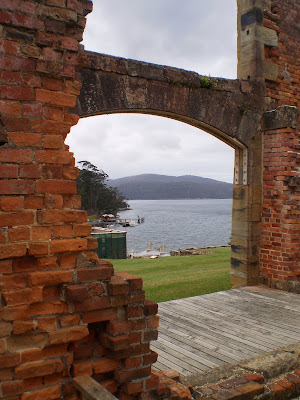 The view from the burnt-out bakery at Port Arthur 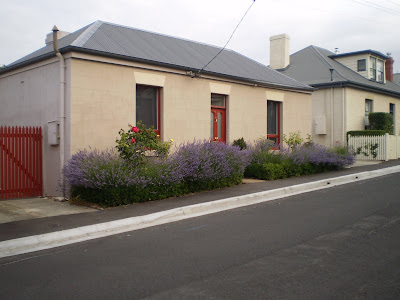 A cottage in Hobart 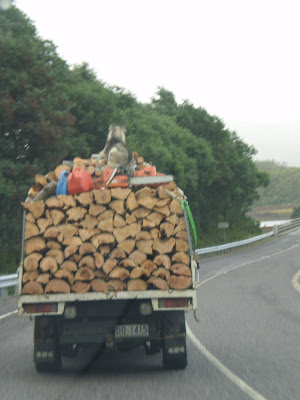 How the locals transport their logs and their dogs 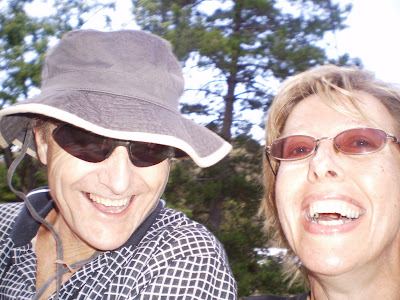 Iven and I on the grand occasion of our 25th anniversary
Posted by Char at 11:32 PM