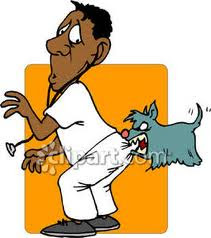 In my previous and short-lived career I was a vet. And as a vet I sometimes had to do things that I didn't really like or agree with.

Shoving an arm up a cow's butt - didn't like it but on cold Winter mornings it wasn't that unpleasant.

Putting down pets at the owners request - hated it. And having to suggest it wasn't much better.

I had to put down a few animals in my few years practicing and there was a few incidents that were memorable. I had to go into an old man's house and put down his best friend because he was really old and really sick. The old man sat with the dog and stroked it with tears running down his cheeks while I gave it the needle. And afterwards he walked me to my car and offered me some flower bulbs because I'd admired his garden.

Another time I was asked to euthanase a very sick budgerigar. This was not long after I'd graduated and I'd never euthanased such a small bird before. We'd had to kill chickens for pathology practicals so I decided to do it the way I'd done it on the chickens which was basically to break its neck. Unfortunately budgies have a lot weaker neck than a chicken and when I twisted and pulled I managed to twist and pull the whole head off. I don't know who was more shocked - me or the vet nurse. But I am grateful that the owner hadn't wanted to take the bird home to be buried because I don't know if sticky tape would have worked on feathers and duct tape may have been a little too obvious.

So after all the bad things that I've done to animals - all the needles, the rectal temperatures, the injections of emetics, the nail clippings that were a little too generous, the tooth removals, the abscess-lancing and the very many other procedures that were intrusive and unpleasant - I think the animals are finally coming for their revenge. Either that or it's karma.

Today I had a very large bird (well, I'm assuming that it was large) crapped on my car while I was at training.

Then while I was doing my last 1500m rep, a possum ran right across my path and I almost tripped.

Nelson decided to sleep in front of my door last night and every time he had a dream (you know the one - where he's running in an open field chasing ducks) he'd kick my door. It sounded like someone was knocking and I was up twice during the night seeing who wanted to come in.

And finally, today Bubbles escaped from the back yard and found something brown and very, unpleasant smelling to anoint her body in. I had an unexpected break from work to give her a bath.

So before anything more goes wrong I'd like to make a very public apology to any animal great or small that I have offended. I'm so sorry!