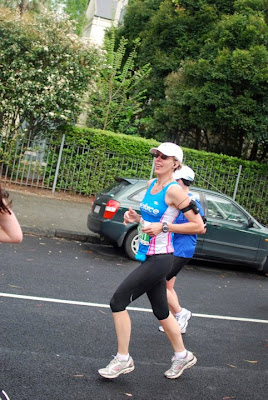 After our run and a well-earned breakfast we headed back to the motel for a shower and change of clothes. We were quick - there was no time to waste, had to get to the markets. The plan was to catch the free City Circle tram, which we did, but in hind-sight it may have been better to walk or pay for a ticket on another tram because this one was packed. We Aussies are cheap and will go free if it's offered. The trip was spent standing on already tired legs.

But eventually we made it and we were hungry AGAIN! The Victoria Markets has a really good food court and I knew exactly where to go - the Pide place 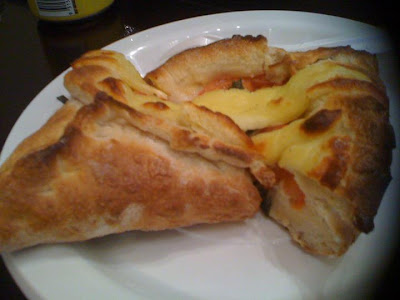 Haloumi, tomato and mint. It was divine!

Then we wandered the rows of stalls. Sam bought some clothes (it's not at all weird to go shopping for clothes after you've just run your first half marathon). And then I found the best stall ever - cupcake wrappers and sugar flowers! Let's just say that my wallet got a workout.

We decided to walk back to the motel to drop our stuff rather than catching the tram again. Unfortunately Sam's mother has a really lousy sense of direction. She was convinced we were going in the right direction but she was very wrong. We walked for at least half an hour before realising MY mistake. Oops, my bad! And then we caught the tram.

Back to the motel. Drop our stuff. Then out again to Transport, a bar that the squad was meeting at. It was obviously a meeting point for other running groups and I had a lot of fun watching people who could hardly walk getting a little drunk. Are you walking that way because of your run or because you've drunk too much? And I got to watch Australia beat South Africa in the Rugby World Cup.

Then I was hungry again so Sam and I went in search of dinner and the ice cream I'd promised myself. And finally it was back to the motel and a really good night's sleep.

Monday was all about food. What is it about running a half that makes you so hungry? I run that distance most weekends without feeling so hungry. 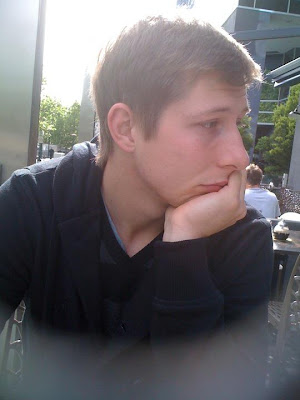 Sam could hardly wait for his breakfast.

And then he was still hungry when we went to Acland St in St Kilda - famous for its cake shops. 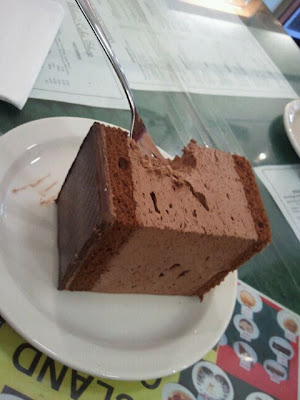 Back to the city - more shopping, coffee and a foot massage. And then it was time to catch the shuttle to the airport. Melbourne '11 was over.
Posted by Char at 6:32 PM