I am thinking of changing professions.

It won't be the first time in my life. I've had a couple of jobs and some of them have even been paid me. I earned a bit of money while I was at uni by ironing and cleaning house - yeah, that was a lot of fun and probably the reason why I still cringe when I plug in the iron. Then I did a two week stint on a chicken farm where I learnt to crack eggs in both hands at the same time without getting shell into the egg pulp. That's a life skill worth having.

I worked as a vet for a little while after I graduated until it became just too hard with kids and then I became domestic goddess/slave/business owner. That's been my longest-running role.

But this weekend opened my eyes to other possibilities.

I went to a Hens party on Saturday. As I've mentioned a couple of times, my running friend Bec is getting married. The Bucks were all heading out on a magical mystery tour which involved physical and emotional challenges, confronting fears and challenging livers. It also involved humiliating the groom just a little by making him dress like this all day. 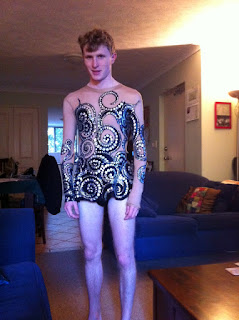 Yes, that's one of my creations. I like to think there's some understated elegance there. Tom doesn't look entirely convinced, though. And if there's enough interest I might just start a line of leotards just for classy Bucks' functions.

Bec, the bride-to-be, was treated with a lot more dignity. 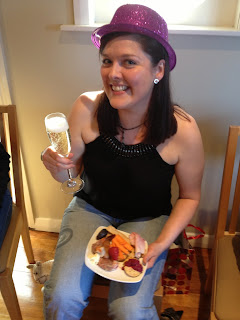 The girls decided that we'd be cultured and have an afternoon filled with art and music and arranged an art teacher to come and give us drawing lessons - life drawing. Yep, that means a nude model. Or, more precisely, an almost nude model. He kept it classy by wearing a bow tie. 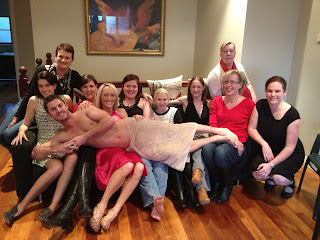 I was expecting to feel a little confronted by the whole thing but it was surprising - when you're focused on what you're doing it doesn't seem at all weird to be staring at a strange naked man.

So my new career? Artist of course! 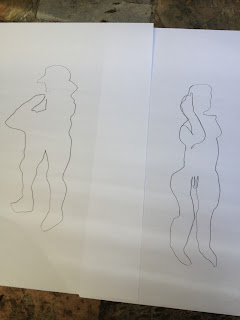 How could you think otherwise after seeing these beauties?? My latent talent is obvious. It might need a little honing but when I get a passion for something I can be unstoppable.

The first two sketches were done using a single line and not really being able to look down at what you were doing. The bottom two were done using the techniques shown to us by the teacher. We only had five minutes to do them in which explains the lack of detail. The model was quite concerned that I'd left out a bit of him - I'm pretty sure that there was more than one bit that I missed out on but not being a male, couldn't decide which he thought was more vital. 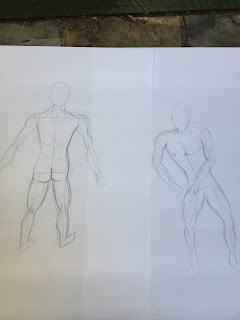 After the drawing class it was off to dinner and I found out that if I was ever taken to Guantanamo Bay on suspicion of terrorism and was tortured by having loud music played into my cell I'd probably last only about fifteen minutes before giving up a life-time's worth of secrets. I'd be telling them my passwords, pin numbers and the location of my secret stash of peanut M&Ms as well as handing over all three of my sons into slavery.

So terrorism's definitely off my list of possible new careers. But fine art's a definite possibility. What do you think?
Posted by Char at 6:54 PM