It's been grey skies for the last few days and quite frankly I'm over it. I cope fine with it in summer because it keeps the temperatures down but in winter it just makes the days miserable. And it's just all wrong - our winters are usually crisp, cool nights followed by clear blue skies.

Yesterday I waited around all afternoon for a break in the showers so I could get my run in. Lying on my bed, snuggled under my dressing gown with a dog either side of me - well, let's just say that my baser instinct was telling me to stay exactly where I was. 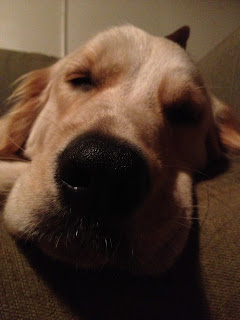 Luckily my inner nag and a call of nature got me up and going. And I only regretted wearing the (new) singlet and shorts for the first kilometre. 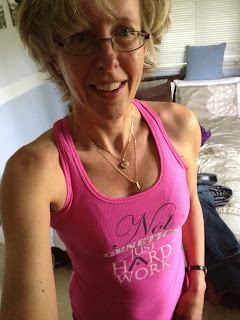 I had a great run. It was my last tempo run before the Gold Coast 10k coming up this weekend. I just concentrated on trying to stay positive through the run by focusing on what I was doing well. Running up the hills it was all about my legs feeling strong - such a contrast to how they were last year. And on the flat it was all about keeping the cadence up, enjoying the feeling of pushing myself and not backing off when I felt tired. It was such a confidence boost going into the race. And I'm happy that I didn't listen to my inner sloth.

Because today's so grey I'm going to post about the things that have made me smile over the weekend. This ... 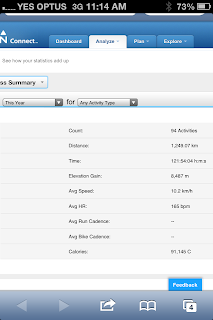 ...certainly did. It's hard to read, I know, but it's the data from my Garmin for the year so far. The distance says 1249k. I've stuffed up the timing of my runs quite a few times so I'm comfortable saying that I've run over 1250k so far this year. Considering that my total distance last year was 1667k, that number made me smile.

Babysitting my foster grandchild also made me smile. 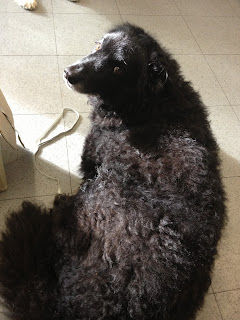 Luke and Becky are dog-sitting her for 10 weeks but on Friday they wanted to go out so 'Grandma' and 'Grandpa' were left holding the baby. It totally upset the dynamics of our own menagerie. Bronte is an only dog and as such is alpha bitch. Toby is still operating in puppy/annoying teenager mode and didn't know how to take Bronte. He wanted to play but her growls told him that play was not on the cards. He likes toys but so does Bronte and she liked his toys so he was left looking longingly as she carried around teddy and played with his tennis ball.

On one occasion Bronte took his ball but placed it on the floor close to her - close enough that he'd have to run the gauntlet to get it. Toby REALLY wanted his ball so he came up with a plan. He did that slow walk that dogs do when they don't want to be noticed. Step ... step... step... step... (he passes Bronte) ... step,step step. All the time his eyes were on the ball. And so were Bronte's. He looped through the lounge room and did the whole thing again. Then on the third pass he snatched up the ball and raced outside with it.

Toby is a genius! And he was incredibly relieved when Bronte was picked up, normal hierarchy was restored and he could be his usual playful self.

The other thing that made me smile was spending Friday night with this beautiful girl. 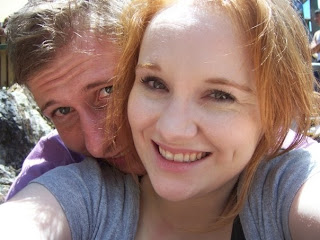 Sam's girlfriend Hannah is up from Sydney for a little while and came to Sam's football match. I have to admit that we probably didn't watch all of the first half because there was a fair bit of catching up to do. But we all saw Sam's amazing goal in the last couple of minutes that won the match for UQ. Just inside the right corner of the 18 yard box, kicked the ball past nearly the entire opposing team and curled it into the top left hand corner. That's my boy! 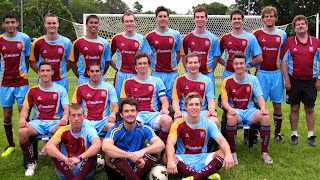 No, I don't care that it's grey today. I've got lots to keep me smiling till it's blue again.