The word of the weekend was satisfaction.

"Satisfaction - the fulfillment of one's wishes, expectations or needs, or the pleasure derived from this."

I definitely had wishes and needs satisfied and there was pleasure derived from it.

I finished my 37k run. That was a wish and a need (if I'm going to run the marathon in just under
five weeks time). And I think that the agonising that I did over it made finishing all the sweeter. I didn't want to feel as bad as I had the week before. I didn't want to be running over five kilometres on empty with an alarm sounding in my head telling me I was an idiot for even attempting it. And I didn't want the rest of the weekend to be a wipe out.

I devised a plan with Coach Chris made under the assumption that last weekend's run had been bad because I hadn't totally recovered from my stellar half marathon the week before that. The plan involved making sure my fuelling started the day before - good quality carbs at every meal and lots of water. Then during the run I was to keep my pace very moderate and start fuelling earlier and often. Coach Chris devised a route that would allow me to be close to home if I should fall in a heap again or to cut things short if I felt like I was flagging.

And the plan worked really well. Even though I'd only managed a couple of hours sleep beforehand.

The first 14k went by quickly. That's the time when the group is still together and there's enough energy to chat. But after 14 k there's still 23k to go so I was still a bit concerned even though I was feeling good.

The next section involved 8k out along the river - still feeling okay and enjoying the company. Then it was 5.5k back to the bridge where I had to decide if I still had enough in the tank to go the 3.5k past the bridge and back. And I did.

I'd been running with just one other at this point and his turn around was 1k past the bridge so I assumed that I was going to be on my own for the last 8.5k. But I was wrong. I ran into two other friends on the way back and ended up with company all the way home.

I won't say it was easy. The last few kilometres were hard work. But I didn't have to walk on the
bridge like I did the week before. And my feet didn't get as sore even though I'd run further.

There were times during the last bit that I really questioned why I'd wanted to run a marathon in the first place - it's certainly not because of the fun factor. It's because of that feeling you get when you achieve something that you thought was beyond your capability. And that feeling is satisfaction.

There was also the satisfaction of being able to explain to strangers that the reason why I was walking strangely was because of the 37k I'd done that morning. And there was the satisfaction when I rolled over in bed that night and could feel my tired, achey legs that the doubts I'd had all week had been quelled - at least for another 6 days when I have to do it all over again.

And there was enormous satisfaction in being able to lace up again yesterday afternoon and add another 12k to the weekend's total. To say nothing of the satisfaction of beating the girl in the green shorts who didn't realise that she was in a race with me as we ran along Hillside Tce into the university. The satisfaction continued when the race finished just as she was starting to catch me back - unfortunate timing for her.

But the weekend wasn't just about running satisfaction. There was the satisfaction of getting the seed out from between my teeth - can't tell me that those little things aren't as satisfying. And the satisfacation of having my baking turn out just like I'd wanted, despite spring-form tin failure. 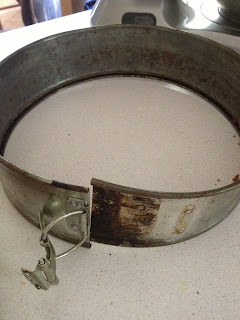 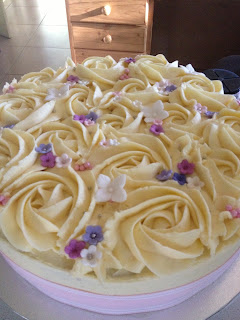 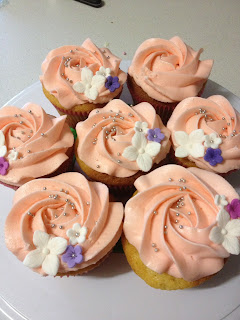 Probably the only unsatisfying experience I've had in days is not being able to get this post looking exactly the way I wanted. For some reason the spacing of the middle section is all wrong and it's cutting off all the tails of the y's, g's and p's. Hopefully you'll be able to translate it because I've had absolutely no luck in fixing it without one of my sons over my shoulder telling me that it's easy.
Posted by Char at 7:18 PM