Are You Good At It? 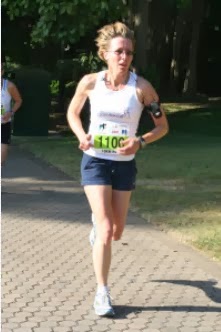 I was asked a question the other day that had me a little stumped.

It was asked of me by an acquaintance that I hadn't seen in years. We were having a 'catch-up' in the local shopping centre and naturally I managed to work that fact that I'm a runner into the conversation.

The question that had me stumped was this - "Are you good at it?"

Ask that one of yourself. Are you a good runner? See, it's a bit hard to answer for a lot of us running-addicted middle-of-the-packers.

In one respect I'd say that yes, I'm a very good runner. I manage to put one foot in front of the other for quite a few kilometres in a row without falling over (unless I'm running on trails where falling over is acceptable and even a point of pride). I can generally run in a straight line if I need to. And I can handle lots of different terrains.

My form is not perfect so I suppose that could mean that I'm not such a good runner. But my less-than perfect running style has never caused me a major injury so I guess I'm not that bad.

Good can sometimes mean righteous and in that regard I'm an incredibly good runner. No one feels more righteous than me after I get up at 4:45am and run up and around a mountain, watch the sun rise and get back home before some people are even out of bed.

Good may also mean 'in excellent condition' and I like to think that for a 50 year old runner I'm in pretty good nick. Sure, there are bits of me that complain at times (Like after we do 100m sprints in speed session. And yes, I was sore most of last week from that - thanks Coach Chris). And sometimes I walk like an 80 year old once my muscles seize up after a hard session. But the fact that I can still do a hard session must mean that I'm not doing too bad for a middle-aged woman.

If he meant 'are you a reliable runner' again I'd say yes. I run four times a week, all year long, year after year. I'm pretty much uni-dimensional when it comes to exercise. But being that I can't really see when I'm swimming and am a threat to small, furry, unleashed creatures when I'm on a bike and get incredibly bored in a gym, I don't think this is going to change.

Good can also mean well-behaved. And to this I'd say I'm mostly good. I try to stick to the side of the path and not get in cyclists' way. I try not to fart up-wind of the pack. I'll mostly smile and nod to other runners - unless I'm in my own little world or am using running as an emotional management tool. The worst thing that I do as a runner is to use improvised toilets - but I only ever do that in emergencies. (OK I'll admit to having more emergencies than most but at least that makes for some really impressive tempo runs)

He may have meant 'are you a fast runner' (and I'm pretty sure he did). Again it'd be a hard one to answer. Fast is a relative term. I'm definitely not fast if you were to compare me to the elite runners. You'll never find me out the front in a race - which is just as well because then I'd have to have some idea of where I'm going. Am I fast compared to the average 50 year old woman? Probably - considering that the average 50 year old woman is fairly inactive.

My answer, in the end, was that I was an 'okay' runner.

So how would you answer that question if it were asked of you?
Posted by Char at 6:02 PM