Life Is Good But Running Makes It Even Better.

I had an epiphany today. I really like my life.

I wouldn't have said this a couple of years ago.Things were tough back then. I wasn't well. There was a lot of emotionally tough things happening as well and I couldn't use running as my neurological drug of choice. Yes, I was still running but it was really hard and sometimes the only reason I did it was to be with the running group and pretend life was normal for a while.

But as my health has improved, my running has improved. The emotionally tough stuff in my life has gotten a lot better and life is pretty good again.

Last week was especially good - strange, because it was my first week back at work after a few weeks off.

It was good because I had work but it wasn't over-whelming. Plus I got to see my favourite client. I got to run a lot and I'm recovering really well from my runs. I had two trail runs and didn't stop to walk any of the up-hills. I've re-discovered the pure joy of running out in the bush and being surrounded by all that green stuff. I got to have a date with my husband on Friday afternoon - played hookey from work for a couple of hours and went to the movies. And I had a long weekend and actually got the public holiday off. I'm hearing from my absent son regularly and he sounds like he's doing fine down in Melbourne. And my other boys are doing fine too.

My youngest even seems to have learnt a little lesson from the public shaming exercise of a couple of weeks ago - where I called him out over bringing his dirty washing home when he was house-sitting. He's been house-sitting again and so far no dirty washing. He had to drop over the other day to pick up some good clothes and while he was over he even emptied out the dishwasher! And I know this because he had to text me to let me know. 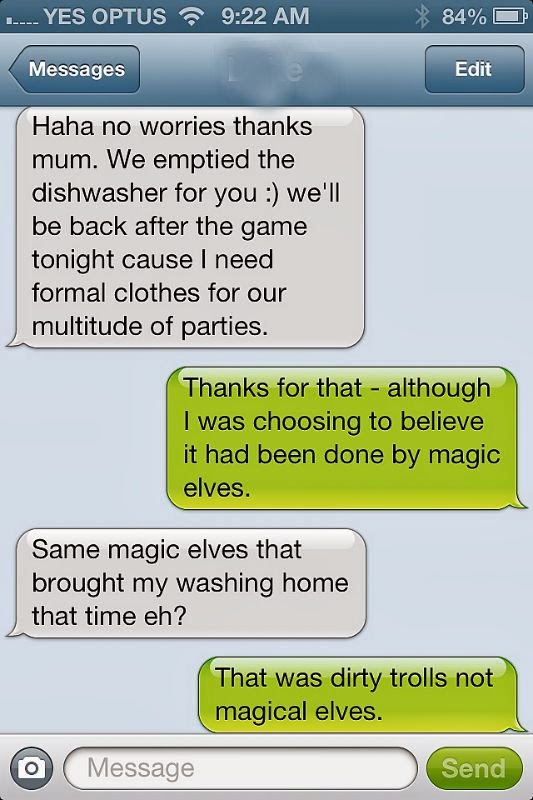 I have a sneaking suspicion that this epiphany - this realisation that I am content in my life is directly linked to my running. It could even be that because I'm running more that I have a higher level of endorphins than usual. Just as well they're not illegal or I'd officially be a junkie.

I know it's not always going to stay this way. There's bound to be more storms to weather. But while everything's going smoothly I'm going to take the time to appreciate all the good stuff. 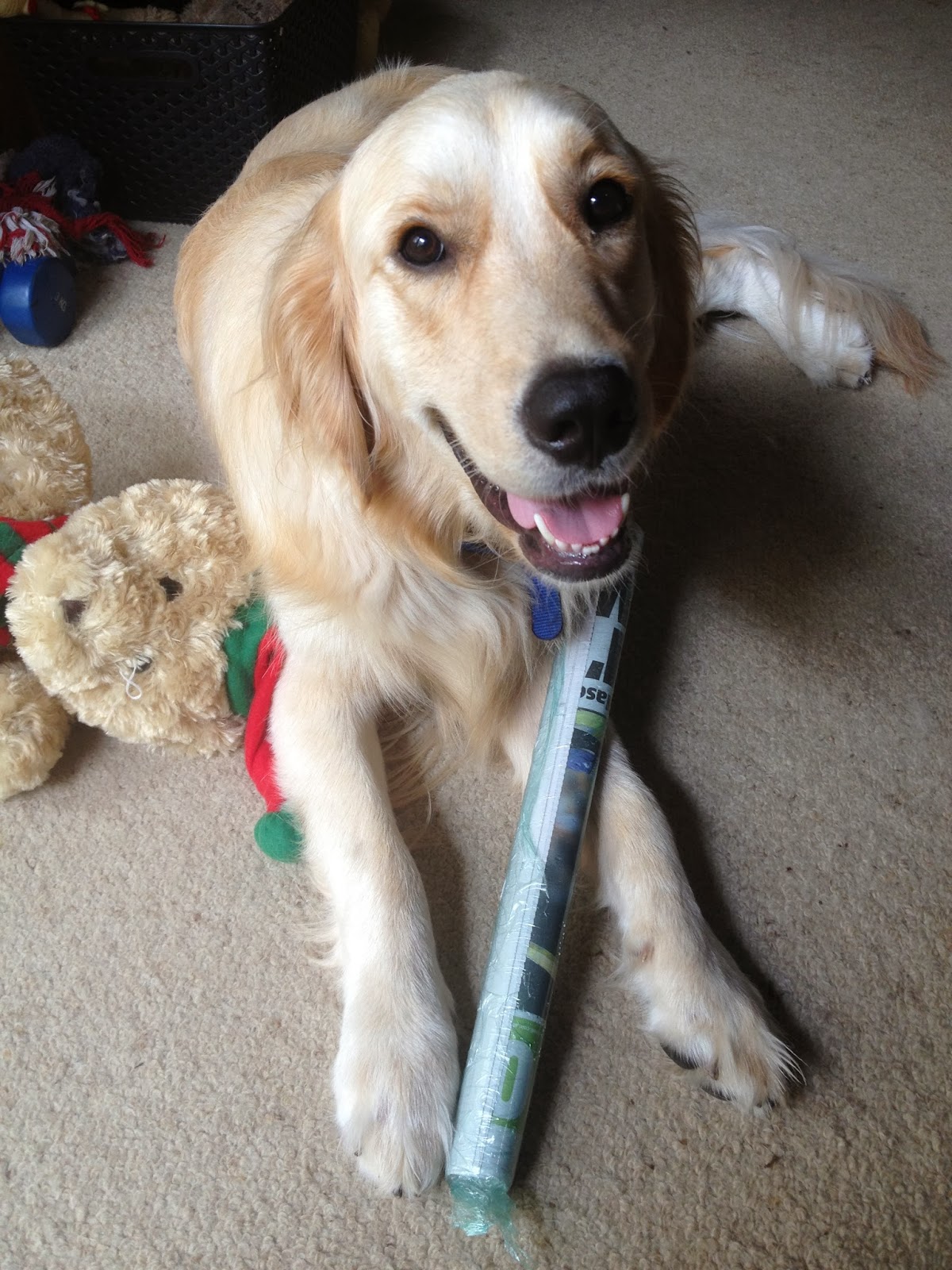 I don't even mind that the paper's all covered in slobber.
Posted by Char at 3:52 PM