If you follow me on Facebook you may not have got that impression. I may have done a little whining there. 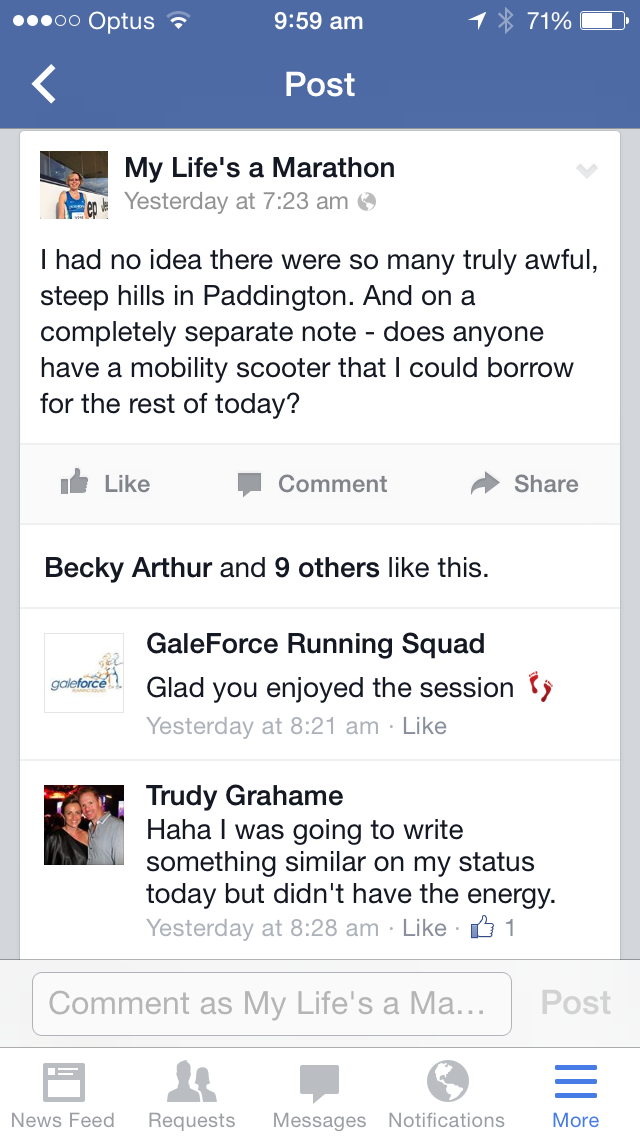 And I'll still say that the whining was justified because the session was hard. Actually, brutal wouldn't be too strong a word for it. Paddington and Red Hill have four of the top six steepest streets in Brisbane. Coach Chris has a sadistic streak in him so combine the two and you get the hill session from hell. 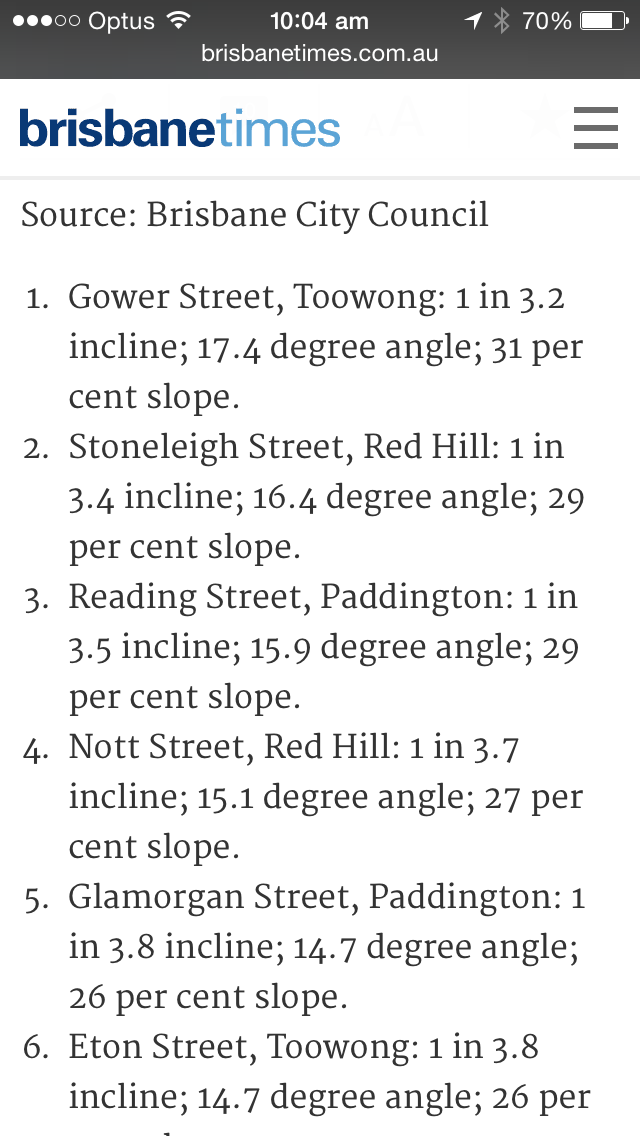 And as a hill runner, it wouldn't be wrong to say that I suck! Big time!! My leg strength is pitiful. I start to run uphill and I get slower and slower until I could be passed by a ninety year old who's using a cane because of a recent hip replacement. I run so slowly that I could be going backwards.

I might start of at the front of the pack but one by one they run past. Leaving me plodding on my lonesome towards the top. Legs burning. Lungs burning. Wondering why I got out of bed so early to torture myself like this.

Yep, it sounds pretty awesome, doesn't it?! No really, it was. Obviously not because of the running and the pain part. But because of a little blonde cherub who'd woken up too early and had been taken for a little walk outside by Daddy (presumably so Mummy could get a bit of a sleep in).

This little blonde cherub was so excited to have a whole group of runners running up and down his street. He became our cheer squad for that hill and, honestly, it made the hill that little bit easier to run (apart from the last five metres which were still a b!#ch). He made us all feel like champions every time we got to the top.

I was sorry when we had to move on and leave him behind. But I wasn't sorry to finish the session. And I was sorry any time I had to walk up and down stairs for the rest of the day. Or really any time I had to move at all. If I could have laid on the floor for the rest of the day I would have been happy - as long as someone threw me a few handfuls of food cause running up hills will give you a pretty ferocious appetite.