You Should Buy a Lottery Ticket

Have you every been watching the news and thought to yourself "Wow! He's a lucky guy. He should go out and buy a lottery ticket."

It's usually in relation to a near miss. Like with this guy.

Or an uncanny coincidence. Like this guy who gets knocked off his bicycle only to land on a mattress.

Well, I actually got to meet one of those 'lucky' guys today. At my local shopping centre. And I should have taken him straight to the newsagent to buy a lottery ticket or at least a scratch-it.

I was just sitting down, minding my own business and doing the crossword in the newspaper, when the 'lucky' guy walked by me. He paused by my table, looked down at my phone (which I was using to help with a clue) and said "It's cheating if you use your phone."

Really? Cheating?? I didn't know that doing a crossword for relaxation was like doing an exam. And that he was a self-appointed moderator. And personally I'm not a big fan of having strangers coming and telling me that I'm doing things wrong. Except if it's to do with changing a tyre and the thing I'm doing wrong may end up in me being crushed under a car. In that situation I'm more than happy for a stranger to intervene.

It's not like I'd go up to him while he's eating his KFC for breakfast (which he did) and say to him "you're cheating on your diet."

So why is he lucky? He's lucky that I have amazing self-restraint despite having three nights of barely sufficient sleep and quite the case of PMS (or is it menopause? or both overlapping in one spectacular fireball of hormones?) And he's lucky that my death stare doesn't actually cause death ... yet. Believe me, I'm working on that particular skill. But I'm pretty sure he's aware that he over-stepped after I told him that I really didn't care about his opinions.

And on the subject of PMS - 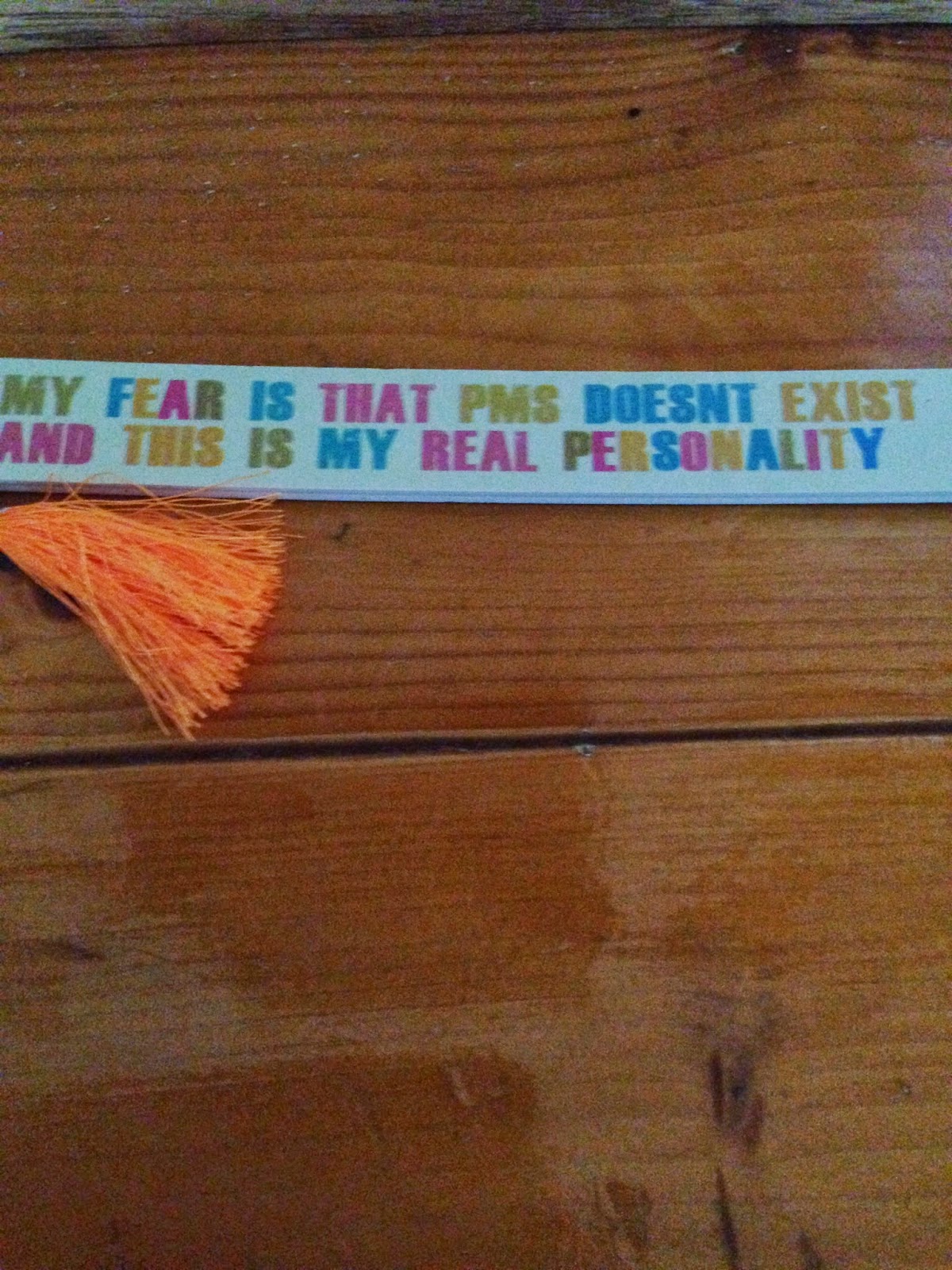 A special gift from a special person who really gets me. It's funny because it's true.
Posted by Char at 6:07 PM