Stuff has happened since I last posted.

Good stuff. Fun stuff. Cute stuff. All in the shape of this little guy. 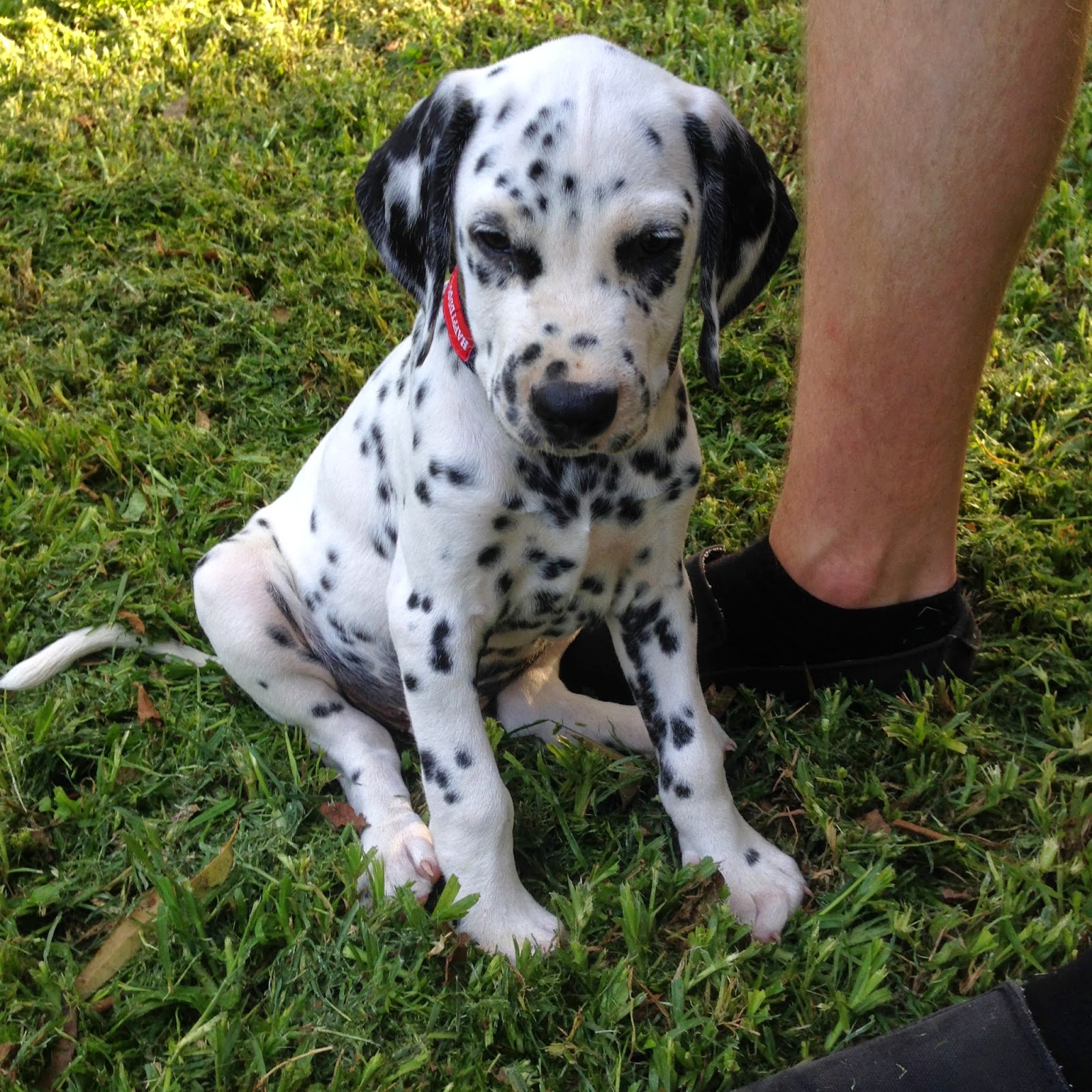 Josh and Serena decided to make Iven and I grandparents. Finally!

They'd been away in Sydney for a week and had planned to pick him up on the way home. It was all set for Sunday until a bolt embedded into their car tyre late on Saturday night. At that point none of the plans were set in concrete any more. They didn't even know if they'd be able to drive until Monday. The last we heard was that they'd found somewhere that was open on Sunday that might be able to fix it and they'd decide after they'd been there.

We waited all day Sunday to hear some news. Serena messaged mid-afternoon to say that the tyre place hadn't been able to fit them in and basically they were stuck there till Monday.

Later on that afternoon I messaged Josh to see if he'd watched any of a very disappointing soccer match be the team we support. He messaged back to say he hadn't and asked how it had gone. I'd just finished a reply back to him when he walked through the back door and into the lounge room - puppy in hand. 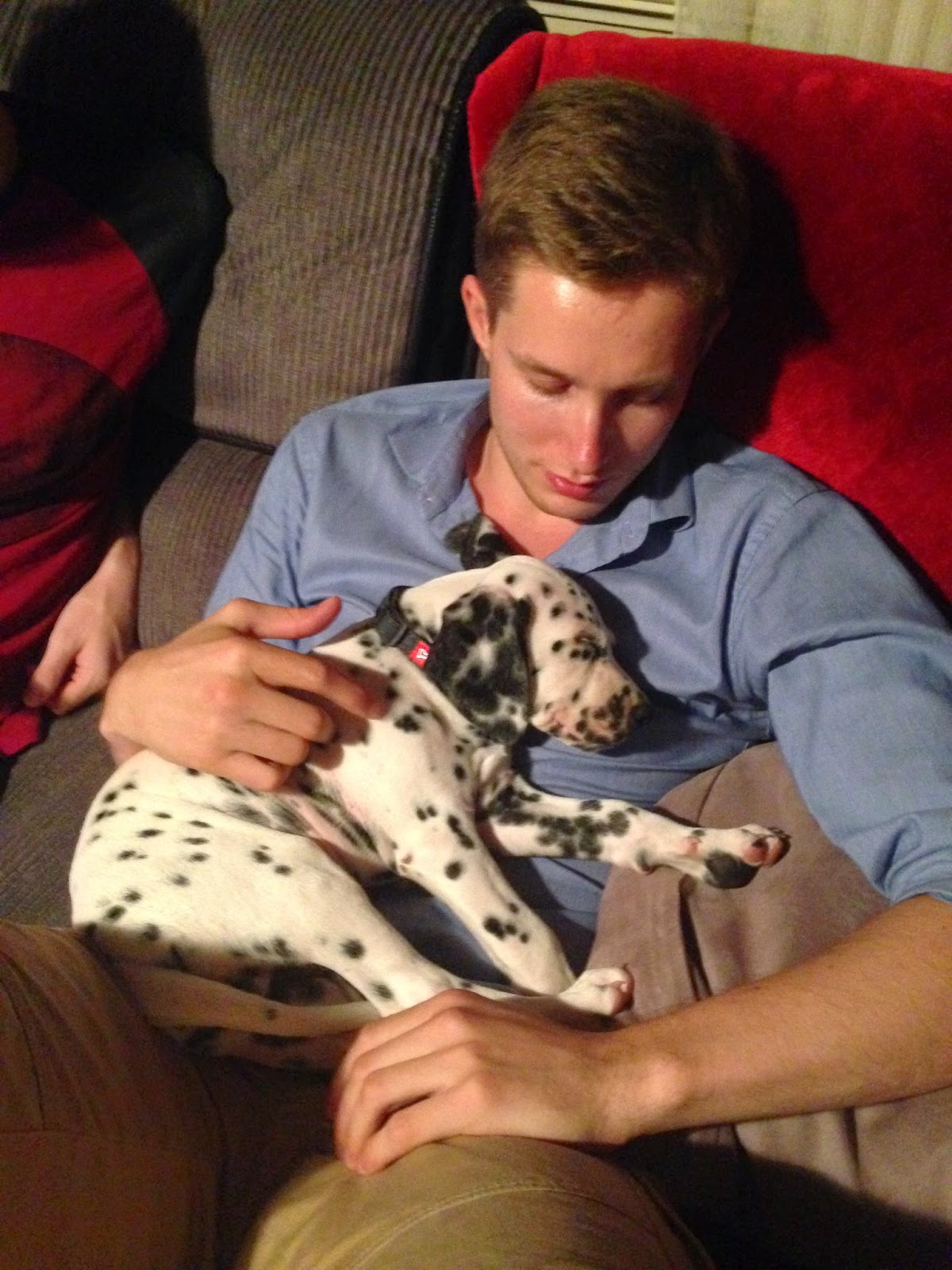 They'd actually stuck pretty close to their original plans. Just kept us out of the loop. 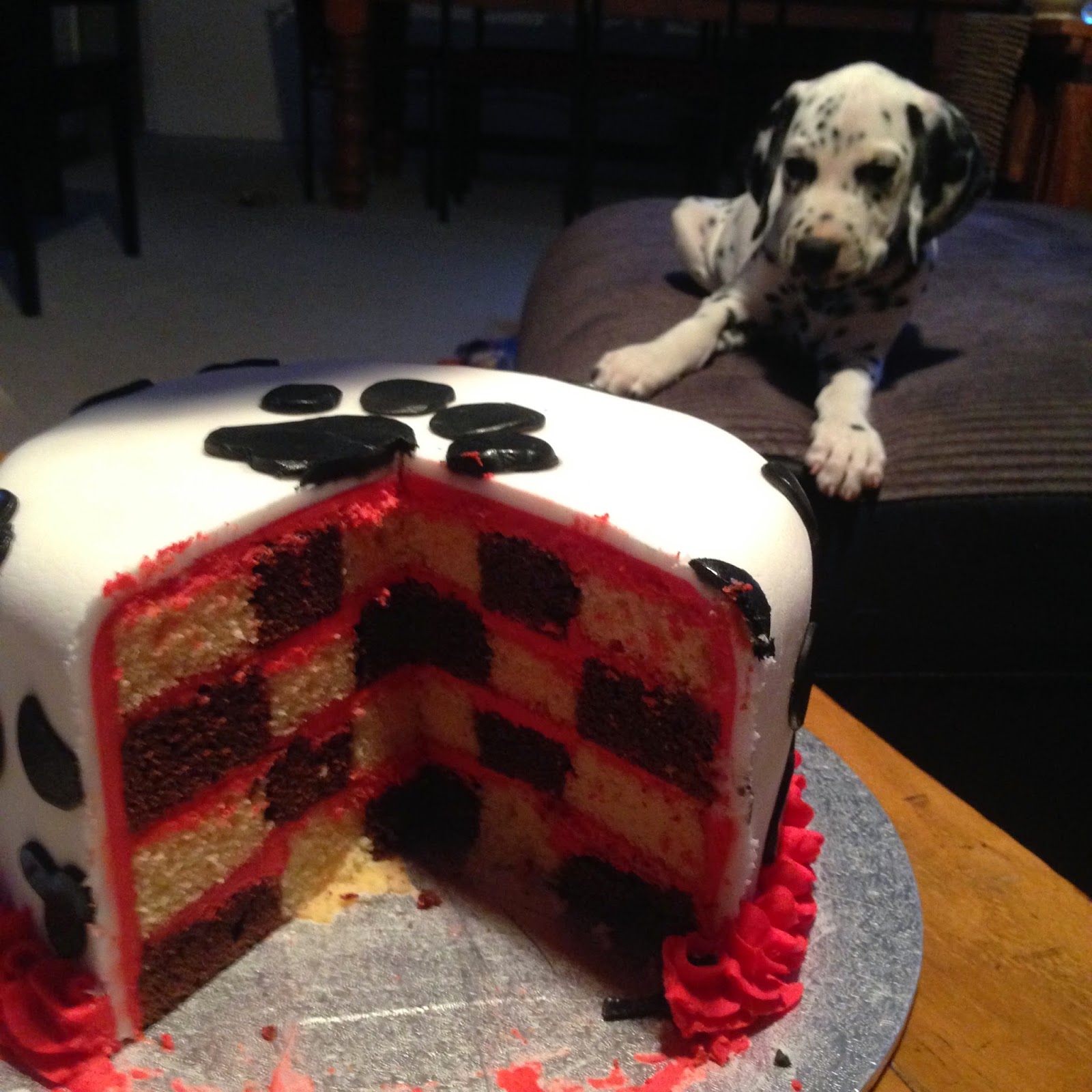 So we celebrated the new arrival with cake. And then let the little guy settle in. 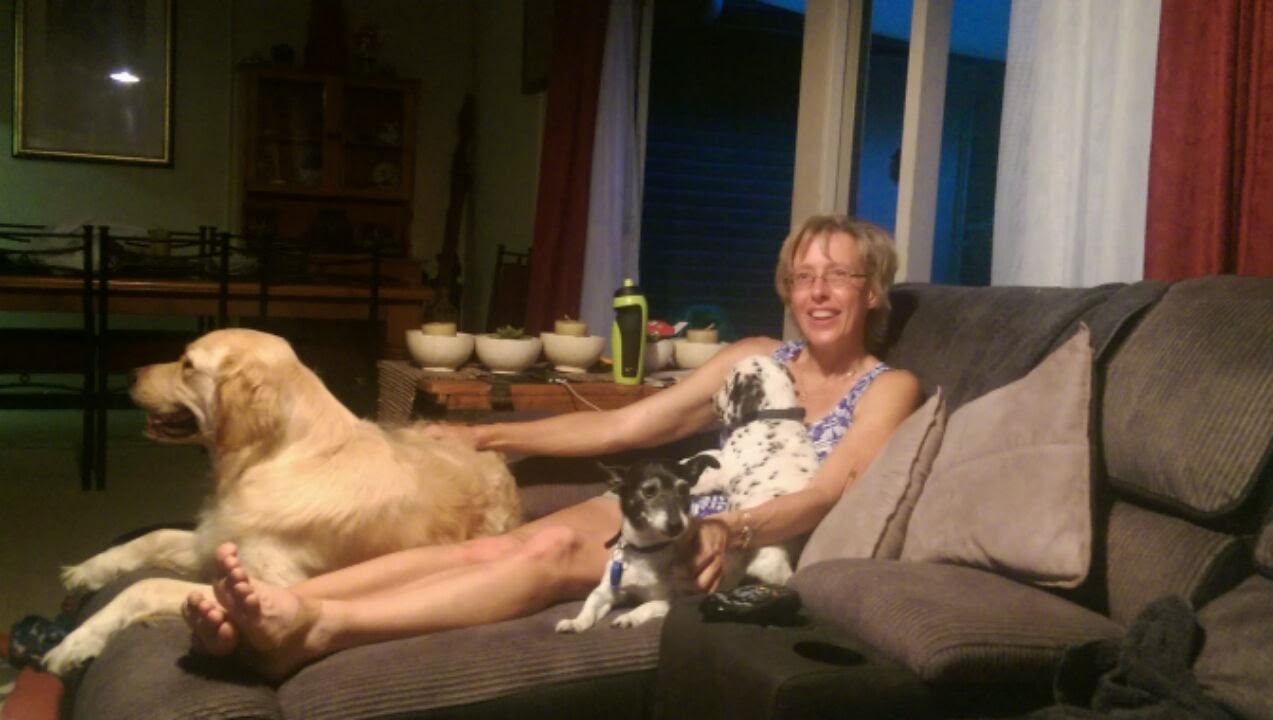 I am not a crazy dog lady.Well, maybe just a little bit.
Posted by Char at 2:09 PM