I've got a feeling that the drugs may be kicking in.

I need to back track a little at this point to provide relevant history. I'm sure some of my older readers will remember the issues I had with my old toilet (although if you're a lot older you may have issues remembering that and other things - like your name, who's running the country, where the keys are and how do you put your pants on). I remember clearly the mornings spent bent over it with a piece of wire and a plunger trying desperately not to look at or smell the toxic brew that I was dabbling in.

Well, those days are long gone thanks to a lovely new loo. But our new loo has two little drawbacks. First - it is lower which, in a household of tall males with aiming issues can cause some drippage. Second - it has a much narrower outlet hole. This makes it hard to get a swoosh (I'm using basketball terms so-as not to be too graphic for those eating their breakfasts) with number twos - I think you all know what I mean. And this means that I'm back, bent over the toilet with a brush trying to keep it in 'just new' condition - just in case we need to pawn it.

Just the other day Sam went to use the facilities when I heard him cry out in disgust. When I asked him what was wrong he told me that the seat was wet. Oh yes! I had finally managed it - I'd wet the toilet seat (albeit with the toilet brush). Revenge for all the times I've sat down without looking and risen knowing exactly what I'd sat in. Only real men wet the toilet seat, don't they?!!

I've spent some more time researching my condition - because I've really got nothing better to do except 52 leotards and 4 rhythmic costumes. I found this great forum called Yasmin and Yaz Survivors. If the word 'survivor' is in the title you know that it's probably a drug that you shouldn't be touching. Really wish I'd investigated further two years ago when the doctor prescribed Yaz to me. The information was all out back then. Personal stories which are just like mine - deteriorating health, baffling symptoms, multiple doctors visits and all the while feeling like you're becoming a hypochondriac.

I've gone against the advice of the gynaecologist and stopped taking the pill. She didn't want me to make two changes at once but I just couldn't continue to put that drug into my mouth knowing what it's done to me and being absolutely convinced that I won't start to get better until it's out of my system. She's just going to have to live with my decision - when I finally tell her. I figure that we'll be taking a few blood tests to check on my hormone levels anyway so being off Yaz may actually help stabilise my levels quicker and the tests will give us a heads up if anything's going wrong.

I've become a little less trusting about doctor's opinions through this ordeal. They don't know everything - especially about newer drugs. They're just going on the information given to them by the drug reps and the drug reps are just trying to sell their product.

Do I sound cynical?

Today I've had the pleasure of my favourite Neanderthal workman back working in the neighbour's yard. Apparently he's not that great a craftsman and had to take down the vertical beam that he'd put up because it wasn't straight. There's been lots of swearing and exclamations of frustration - my favourite being 'you fu#@ing a$$hole' directed at himself. I agreed with him out my window, safe in the knowledge that he was wearing earmuffs. How brave was that?!

Finally, I wanted to give a graphic demonstration of how hot it's been here over the last couple of days. 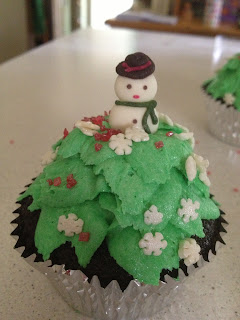 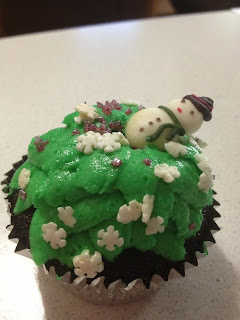 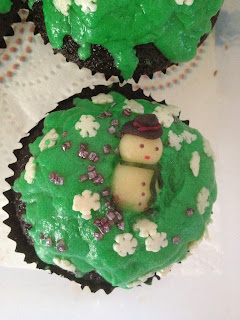 No, I'm not dreaming of a white Christmas.
Posted by Char at 5:11 PM