Just had 'one of those days' yesterday. I had a full dose of stoopid with my breakfast and ended up losing all the contacts on my phone. And my shopping list. And all my appointments. Oops.

Apparently synching your phone is not the same as backing it up. I thought they were synonyms.

The problem was that my iPhone was lagging so I decided to update the operating system (Please excuse me if I use the wrong terms. I'm no tech-head BUT I can castrate your cat on my kitchen bench if you bring along some pentothal. And I can run you up a pretty leotard. I know my strengths and technical stuff isn't one of them. That's why I had three sons.) The update went okay but my phone decided to throw a hissy fit and keep shutting down and starting up - totally frustrating when you're in the middle of a sudoku puzzle.

So I went to the Apple site to look for some helpful hints. There should be an Apple site for Dummies. One that links every single word with its definition and give warnings about impending doom.

'Are you sure you want to do that?'
'If you do that you might lose all your data!'
'Warning, warning Will Robinson!'
'Step away from the computer and get one of your children'

Any one of those warnings would have made me think twice but the little pop-up box that wasn't even coloured red (the traditional colour of impending doom) so how was I to know not to click ignore?

I ended up on the phone to an Apple tech. She was kind enough not to laugh at me. And I returned the favour when she couldn't fix the switch on/off issue, that it was probably a hardware issue. Then she told me my phone was three days out of warranty and I might have to buy a new handset. WTF! That's a great way for Apple to increase their profits. Maybe I should try to make my leotards only last a year by putting in some sort of self-destruct timer. I think there's be a huge market for exploding leotards. Imagine the excitement and suspense of and end of year dance concert. Or an aerobics competitor being taken out mid-air jack.

She put me onto her supervisor who said that they'd give me a new one but first I would have to post them mine and once they received it they'd post me a new or repaired one. Only a ten working day turn-around! Or I could pay the measly sum of $40 for an express exchange BUT they'd have to place a hold on $700 dollars on my credit card to be released when they got my old handset. A slightly better option but in the last fortnight before Christmas I need my credit card unencumbered and easily accessible.

And then my own little Christmas miracle happened. Then phone stopped shutting down. It allowed me to synch my files and realise the depth of my stupidity. Ah well at least I found out who my real friends are - they're the ones who responded to my Facebook plea and sent me their numbers. And I know who my cupcakes friends are - they're the ones who sent their numbers with their birth dates or just came right out and asked for baked goods. 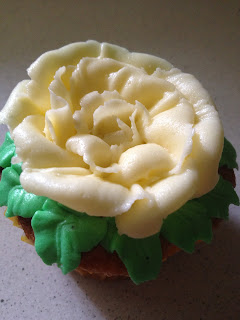 ***
It was speed session yesterday. And if you remember my last post you might recall that I was looking forward to it. Well, it hurt! 2.5k, 2k, 1.5k with 500m recovery. My endurance and speed is going to take a lot longer than 10 days to recover. That's okay - I can be patient. Rome wasn't built in a day. And I'm really looking forward to the pain, knowing that this time it's actually going to be worthwhile.

The most exciting part of yesterday's session was that I didn't have to come home and take a nap AND I could work all day until 7:30 pm AND I was able to back up today and take the dog for a walk which turned into a run/walk/drag. Toby's not the most enthusiastic runner in the world. Or maybe he's just trying to build up my strength by providing me with resistance to run against.

I'm really looking forward to tomorrow's run too. Bring on the sweat!

Optimism is such a heady feeling!