I don't think I've ever had such a big reaction on Facebook even when Toby was the cutest thing in the whole wide world. 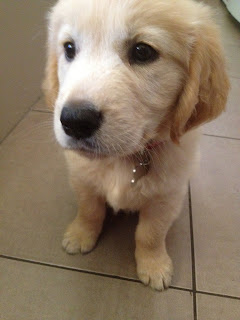 The big response was because of this - 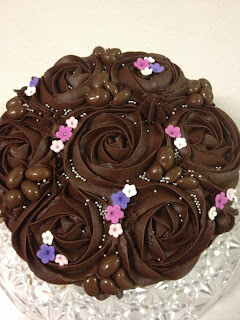 Just a little chocolate cake I whipped up for the family. As you do, when you've got a few moments spare on the weekend. 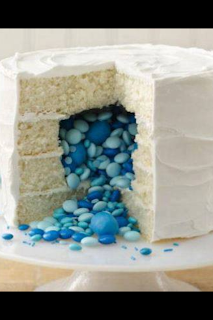 ... I decided to give it a go. But in chocolate because everything's better in chocolate. And I have a great chocolate cake recipe - also given to me by Julie. She got it from a workmate at her hospital who apparently got it off the Cadbury's cocoa packet. We didn't actually know that at the time so instead of being known as the Cadbury Family Chocolate Cake, it's known in our family as Abdul's Chocolate Cake after Abdul her workmate. And I'm going to share it here because a good chocolate cake recipe will go a long way in promoting family harmony, building friendships and ending war.

Method
Put the butter, water, sugar, cocoa and bicarb soda into a saucepan over moderately hot heat and bring to the boil, stirring occasionally to make sure the ingredients are well blended. Once the mixture starts to boil take it off the heat and allow to cool a little while. Then gradually whisk in the flour a bit at a time and finally beat in the eggs.

Bake at 160C (fan-forced) until cake springs back under finger pressure. Approx 50mins for this amount of cake mix.

For this cake I tripled the recipe because I wanted four layers and this was enough to make the layers and about 10 extra cupcakes. And because I wanted fairly thin layers so the cake wasn't sky-scraper height and needing an engineer and a building permit to assemble, I used cake tins that were only 2 inches/5cm high and made sure to spray them with oil spray then dust them with flour to prevent sticking. The cakes only needed about 40 mins in the oven.

Once they were fully cool (This took a read of the paper, successfully completing the hard sudoku and a crossword puzzle, having a 2 hour, drool-on-the-pillow sleep and a cup of tea) I got them out of their pans, levelled the top of three of the cakes and then used a big circular cutter to cut holes in the centre of two of the layers. And then I had to make the icing - Chocolate Buttercream

Method
Beat the softened butter for 8-10 minutes with an electric mixer until the butter goes pale. Add in the cream and the sifted dry ingredients and beat on slow speed until the ingredients are mixed in then beat on high to make light and fluffy. 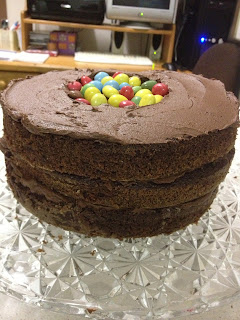 And there was enough icing to decorate the extra cupcakes. 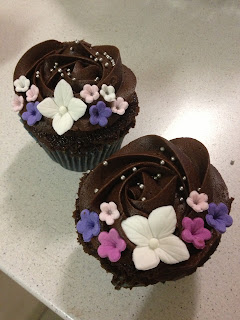 Cake assembly and decoration took about an hour. And then the cake just sat there for a couple of days until I couldn't stand it any longer and cut it open just to take a picture. 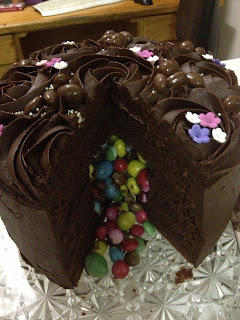 Yep, it had worked just like the original photo inspiration.

I put the picture up on Facebook and within an hour there was a tapping at our door. Iven looked at me quizzically because we rarely get evening visitors that aren't expected. But I knew who it was - Coach Chris hadn't been able to resist the lure of all that chocolatey goodness (oh who am I fooling - it's all bad but in a delicious way) and I'd offered him a piece earlier that day. Heaven knows, though, I should have refused him entry after the torturous speed session he'd inflicted earlier that day but my devious mind has me thinking that I can use the cake as bribery to get slightly longer recoveries when we do 400m reps. 50m recovery is not quite long enough.
Posted by Char at 6:26 PM