Damn, life is hard at times.

But instead of mulling over how I'm feeling I want to share the highlight of last week.

I was attacked by trolls!

Not these kind of trolls.

The trolls I'm talking about are the nasty humans that like to stir up trouble from their computer keyboard. And I was their target because I'd written a review to my local supermarket just giving them feedback on the fact that they kept changing their aisles around. I'd written this review at least six months ago. 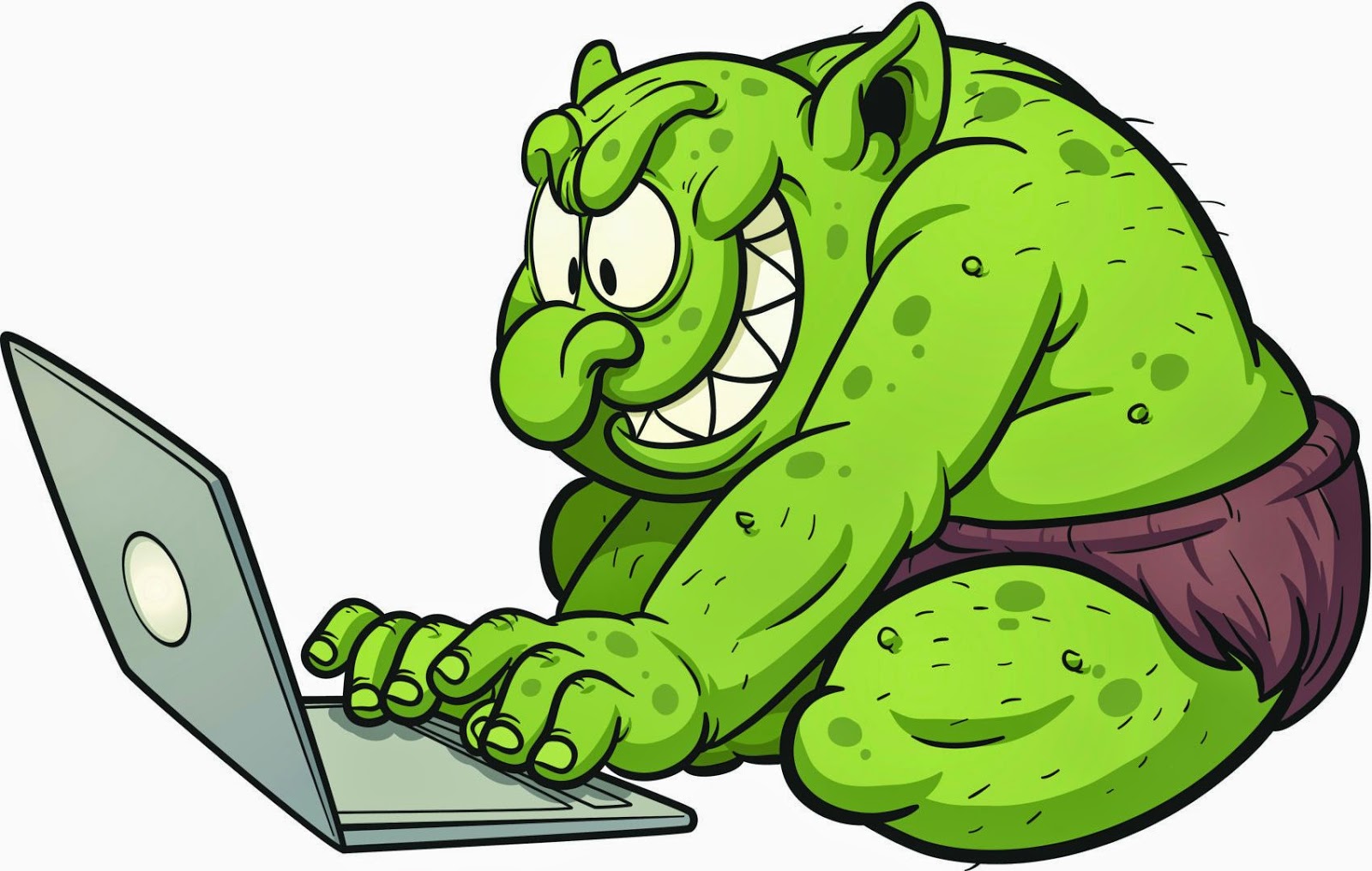 The first troll decided that I had way too little to do with my life and way too much time on my hands if a supermarket layout was enough to upset me. Hah - he obviously has no idea how an upset menopausal woman with a decent vocabulary would write. My comment was just constructive feedback so they wouldn't lose frustrated customers.

So I kindly informed Troll #1 that it was precisely because I had plenty to do and not enough time that having to search for items every time they changed the layout was why I and so many of their other customers were frustrated.

That was a mistake. He'd baited a hook, I'd taken a bite and it was on.

He pulled in a friend of his, Troll #2, and it proceeded to get very nasty. I got called a s%!thouse. Friends of mine were called trolls, bitter old ladies. 'Children are starving in Africa and you're crying over a Woolworths layout'.

It was kind of amusing. Here they were saying that I didn't have enough important things to fill my life and yet they couldn't see the irony that they were filling their time trawling through old supermarket reviews to find some excitement. They must have finished watching the boxed set of Sons of Anarchy that they'd received for Christmas.

I wanted so very much to cut them down with my scathing retorts and obviously superior intellect but reason told me that once they resorted to personal attacks, they probably wouldn't actually understand words of more than two syllables. And that would only serve to infuriate their tiny little brains further.
So I pulled down the review and had a bit of a laugh with the friends who had become involved. Together we decided that neither Troll #1 or Troll #2 could possible be runners and we left it at that.

But to Jordan or Daniel, in the very remote possibility that you read my blog, I do have one last thing to say - because it killed me not to have the last word.