Cadel You've Got a Lot to Answer For. 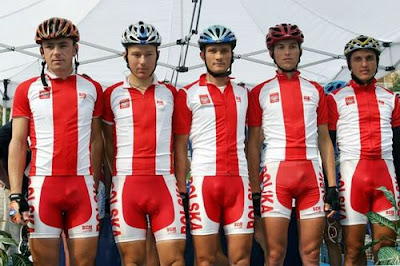 Cadel Evans won the Tour de France. While I'm thrilled for him, I'm also a little bummed. There are major ramifications when an Aussie achieves greatness. Every middle aged man who has a bicycle and can squeeze into a pair of undersized tights becomes delusional. They firmly believe that if they train hard enough - like for a year or a couple of months or maybe a day or two before the momentum leaves them - they too can wear that yellow jersey. I think it's a form of contagious sporting dementia. It doesn't matter if you're 55, have never won anything in your life and have a VO2 max of 18 because of your long-term smoking habit, if you put on the tights and go for a ride for a moment you can bask in reflected glory. 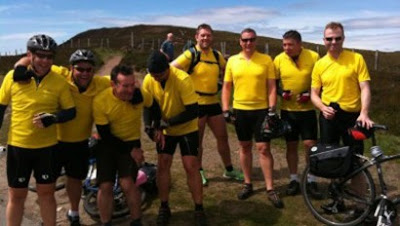 Yesterday was our hills session and I've never seen such a graphic demonstration of this phenomenon before. Every Tom, Dick and Harry was there in their overstretched Lycra training for next year's ascent of the French Alps. It doesn't matter that Mt Coot tha sits only 287 m above sea level at it's highest and the Alps are almost 20 times that high. Delusion is not based in reality and the fact that they are riding up a hill is enough for most. It also doesn't matter that a few of us runners (not me) can actually pass the slower of the riders - they are happily entrenched in their daydreams.

The only problem is that the road is quite narrow and is public and idiots in utes and four wheel drives like to belt up the mountain at ridiculous speeds so the road became a little hairy at times. We stuck firmly to the left but when the cyclists decide to ride in tandem and the ute driver can't wait to overtake them but a bus is coming down the other direction just when they're all at the same time and space continuum as you are - well lets just say it does unusual things to your heart rate.

I couldn't get the arrow in exactly the right spot but there's a definite hiccup with that downhill tracing.

We managed to finish the session with as many runners as we started with so all's good and with any luck time will cure these middle-aged maniacs of their aspirations. I'm thinking a really good bout of DOMS from yesterday's hill session will bring some down to reality and it will be less crowded on Coot tha next week.
Posted by Char at 4:57 PM