Tip Of The Week

I can't say it louder or clearer - joining a running group will make your running life so much fun.

I'm writing this in the post-race euphoria of the Gold Coast weekend. It was one of the most fun weekends that I've ever had. No, I didn't PR. And I didn't go sub 50. I ran pretty close to the time that I ran last year. But the time doesn't matter. I got to spend the weekend with a group of fantastic people. Positive people. People who smile easily and often. People who laugh - really belly laughs. People who talk about snot and toilet emergencies. People I'm lucky enough to call friends. 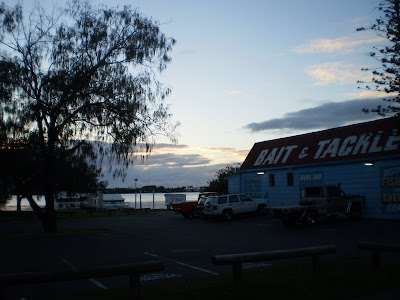 We got the perfect weather for Saturday - cool. There was a bit of a breeze but during the run that didn't seem to bother me that much. The small group of us doing the 10k met at 6am. I had no nerves and I had a plan. My plan was to run the first half at around 5:00-5:10 pace and then see what I had. We headed up to the start line with about 30 mins to go. Found no queue at the porta-loos then a really good position on the start line just a little way back. I was next to Kerrie and we just spent the next 25mins chatting.

The gun went off and so did we. Our position was so good that congestion wasn't too much of an issue so I just tried to settle into a comfortable rhythm. My watch beeped at 1k and I was under 5 mins but thought nothing of it because I was feeling good. At the 2k mark my watch showed me that I was running even faster - but I was still feeling strong so thought nothing of it. 3k and 4k were both under 5 mins but halfway through my 5th k I started to feel just a bit tired. I was running a similar pace to the 5k that I'd done a few weeks back but this time I wasn't allowed to stop after 5k. By 6k I'd realized the folly of my ways and the common sense behind my original plan but it was too late. I just had to suck it up and get to the finish line as best I could at this point. The 7th k was my worst at 5:26. I wanted to stop at 8ks but kept plugging onwards and the last k was hard but at least I was almost home. I stepped over the line at just over 52 mins for a 51:54 net time. I finished 28th in my age group (288 women). But despite my disappointment I think I must have had the most cheers from people out along the course. I heard my name so many times - it was lovely!! 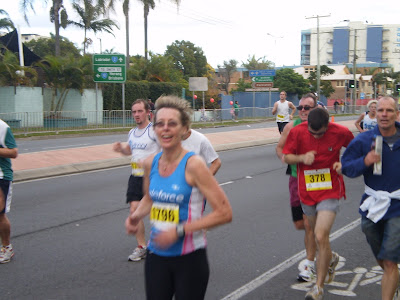 Iven played photographer. I really must do something about those scrawny runner's arms! He took a lovely one of Kerrie. 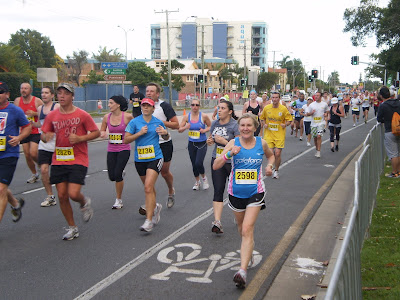 I'm not sure if she's smiling because she's seen the group, knows she's almost at the end, realises she's going to PR or because she's relieved that she didn't step in the vomit next to her.

Picked up my medal and t-shirt and then it was back to post-mortem the race. So many of the squad did incredibley well. It's so exciting to be around happy runners. I remember feeling that elated. But it was a little disheartening not to be able to say yep, I did well too. I work hard, rarely skip sessions on my program but I have a body that doesn't cooperate as well as it used to.

Then Iven and I waited for Natalie and Daniel (Saturday walking friend and her son) to cross the line. Natalie had suffered a back strain a few weeks back and was lucky to be able to compete. Daniel walked with his Mum the whole way and we got a really nice shot of them. 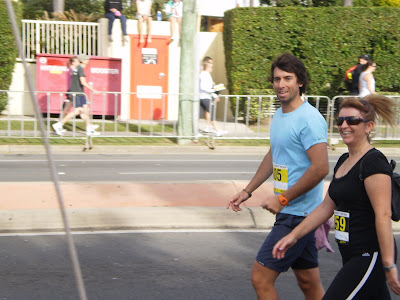 Sunday was the big day for the running festival. The half marathon started at 6 and the marathon at 7:10. We were a little late getting there (I was awake from 4:30 but SOMEONE needed more beauty sleep). But we arrived, cappuccinos and baking in hand, just as the half marathon winner was crossing the line and just before the marathoners set out.

The next 5 hours were spent cheering, talking, laughing, picking out colours that will work for our next year's squad t-shirt, being amazed by the outfits that some people choose to wear while running and rating the shirtless men. The rating system went from 1 to 10 - 1 being "please put it back on" and 10 being " I forgot my grater, can you help?"

And my baking? Well, just let me say that there's no more an appreciative audience than a group of runners who've just run 21.1 or 42.2 k. 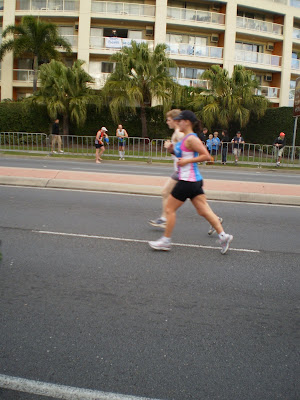 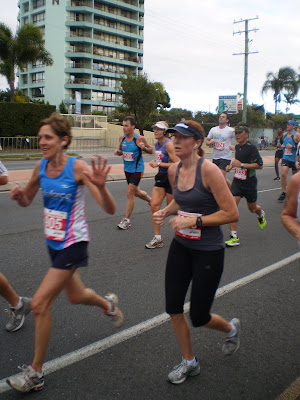 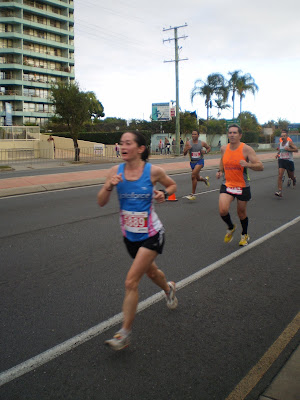 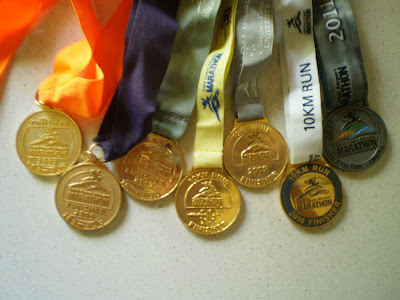