The Consequences of Curry

When Iven gets home from work, he always comes through my workroom to say hello and see if I'm ready for a cup of tea. On Monday he walked through and went to tell me something but as he went to say it it disappeared into thin air. No biggie - we're both over 40 and we have moments when what we say or what we do get forgotten. As long as we remember them eventually it's all good.

He went upstairs, made me a cuppa then brought it down and I asked him if he'd remembered. He had!

"I wanted to tell you about my bowel motion'" he said.

I was horrified. Seriously, have we reached the age where bowel movements are one of the hottest topics of the day. I know it's a hot topic - along with current meds, good hospitals and what's on the menu for dinner - in nursing homes and hospitals but I thought we still had years conversing about weather, work and what we saw on today's run/ride. Iven is a touch over 10 years older than I am - obviously he'd reached this milestone well before I had.

"I really don't want to hear about your bowel motion." And I really hate the phrase bowel motion and any image it might conjure up.

"Remember how we had Indian the other night? Well this morning I had a burning ring of fire."

I burst out laughing. Totally not what I was expecting. Phew! We haven't reached that stage after all. 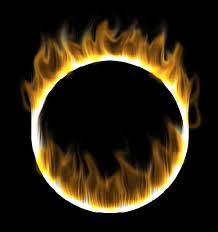 I had a wonderful run this morning. After reading Runner's World I've realised that I just have to slow some of my runs right down. So I set my Garmin to the heart rate screen and just took it slow. It did feel a little ploddy at times but it was so relaxing to just trundle along and enjoy the scenery.

I went out a little later than usual and got caught at a main road with all the people heading off to work. It made me realise how lucky I am not to have that harried start to the day - no rush to get out of the house on time, no yelling at kids that we're going to be late - just a relaxing shower, a stretch and a trip to have my morning coffee. Those poor souls in the peak-hour traffic had their rats racing on electric treadmills cranked up to top speed while my rats get to race-walk. I think my rats are happier.
Posted by Char at 5:20 PM