Let's Run Away and Join a Circus

Sometimes life gets all too tough. Sometimes it gets so tough that all you want to do is run away from home. Well, I've been working on my 'running away from home' strategy and I now have a plan for the next time I get that need to escape.

I'm going to take my beautiful puppy and run away to join a circus. It won't be one of the Cirque de Soleil style circuses. My body would not cope with the physical demands of all the acrobatics. If I tried to do the splits I'm sure one of my legs might just pop off like my doll's back when I was ten. She was trying to do the splits too and it didn't end well.

I couldn't be a trapeze artist either. I'm a stereotypical runner as far as upper body strength is concerned. I'd last a good two seconds dangling off one of those swings before I fell into the net ... assuming that they had a net and we weren't going for the extra ounce of suspense. And even if I did manage to build up my pecs, lats, deltoids and trapezius there'd be the little issue of those skimpy skin-tight costumes. Sure I can make them, but that doesn't mean I want to wear them - even if they are covered in bling. 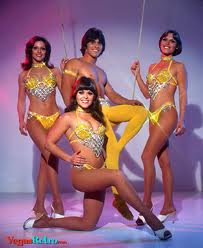 So where does that leave me as far as acts are concerned? This is where Toby fits in.

I've already got half of my costume sorted - note the Ring Master boots that would go great with my full-length Skins. All I'd need is a red jacket with tails and a white shirt and I'll be set. And I guess we'll have to get a better hoop and add a few more tricks to the repertoire. Does making food disappear count?

Work has become almost non-existent at the moment. My industry is so up and down. I'll get busy again in a couple of weeks when the body builders start to order for the end of year shows. So right at the moment I have a fair bit of time on my hands. And what do I do to fill in time when I'm not sewing (or teaching tricks to Toby)? I bake.

This week I went all Masterchef and decided to try my own invention test. Let's say that I probably only ended up with a D (should have been an F but I got one point for enthusiasm and another for imagination and two points for the brownies that tasted pretty good.)

Here is pictorial evidence of my least-greatest cooking week. 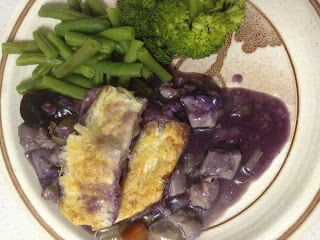 The Purple Chicken Pie. It's purple from the addition of just one purple carrot. At least the greens stayed green. 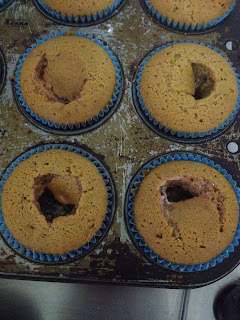 Cupcakes that were inspired by s'mores. The marshmallow idea just didn't work. 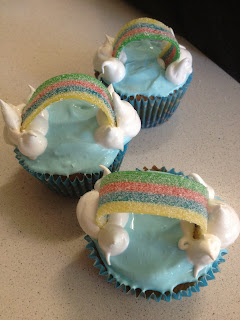 But they decorated up okay. Nothing like a cupcake that is half-filled with meringue frosting. Unfortunately the rainbows only stayed rainbow-like for a couple of hours before slowly sagging. 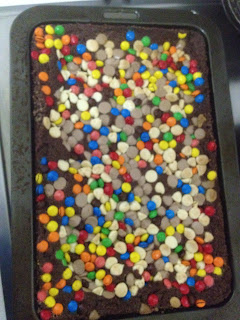 My one and only success. Brownie topped with mini M&Ms, caramel bits and white choc bits. It was really yum.

Luckily my boys will generally eat most things so my failures are starting to disappear.

And on the running front - a doubler this weekend. 14k yesterday and 10k today. That makes a total of 42k this week. Today's run was my first at sub-6 min pace. Not too bad after yesterday's effort.

I'm slowly but surely clawing my way back.

Any ideas on new tricks to round out our circus routine?
Any other culinary disasters to report (to make me feel less like a food-failure)?