Getting It All Sorted On The Run 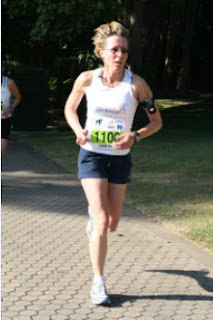 Some days you wake up feeling a bit off your game.

That was me today. I hadn't slept well. I had a lot on my to-do list for the day. I was wondering how my legs would feel after my first 20k run for the year (yes, be impressed - it was hard but I'm counting it as a huge success). But the thing that was making me feel trepidatious (it's probably a made-up word but it was exactly how I was feeling at 5 am) was that I HAVE NO CAR for at least today and possibly till Wednesday.

Luke had organised to take Iven's car on a little break away before uni starts. And that was fine in theory because Iven and I can manage with one car as he commutes to work by bike. But in practice, the car that he was meant to take just refused to start. And I, being the caring, nurturing, sacrificial martyr that I am, gave him mine (yes, he'll be reminded of this monumental sacrifice for at least 6 months and will never want to borrow my car again). I'm expecting a mind-blowingly awesome Mother's Day present for this one.

Not having a car means that I'm either stuck at home or at everyone else's mercy. Neither is a good option. And the planning for my next couple of days was going to require a little careful thought. And bribery.

And that's where my head was when I started my run today.

On my program I was supposed to be running a controlled 10k. (Actually I was running Thursday's controlled 10k and shuffling Wednesday's 12k to Thursday so I'm not running more than two days in a row. And this is all with Coach Chris's blessing). But I'd decided that my running has progressed to a point where I can start to introduce a little speed into these runs so I'd turned that controlled run into a 2k warm up with a 6k tempo then a 2k cool down.

The first k was all about waking up (5:54 pace). By the second k, thoughts of the to-do list was starting to filter into my conscious thinking (5:43). By the third k I was starting to stress about how I was going to get everything done. And this was perfect timing. The mental stress made my legs want to go a bit faster - like I could out-run the work ahead (5:32). From there my pace increased little by little, along with the length of me list, to be more like a progression run than a tempo run (5:12, 5:05, 5:01).

But that's when the s$%t hit the fan. Sometimes my intestines don't like me moving quickly and start to complain. Today was one of those days but I wasn't too perturbed - I knew a toilet was nearby.

Not so - according to the friendly bare-foot runner doing laps on the grassy field next to the toilets. He'd had to pedal back home because they were locked. Pedalling back home was not an option for me - mainly because I didn't have a bike. And the next closest toilets were over a kilometre away. A kilometre can be a LONG way when you're desperate.

So my controlled run, that became a tempo run, that became a progression run, now became an interval run. I ran as fast as I could until I HAD to walk. Then I walked until I could safely run again. And I repeated that about five or six times until I reached my safe haven. And that became the fastest k for the entire run. Apparently I can still move it if I have enough motivation.

I had one more hard kilometre to run before the cool down and it has a bit of a hill in it but I still did it in 5:07 and then it was just a nice gentle cruise home.

And in that time that I was running I sorted my to-do list into two separate lists - negotiable and non-negotiable - which took the pressure off and helped melt some of the stress away.

The non-negotiable list had the run (tick), walking the dogs (tick - it saves stress down the line by not having to deal with too much doggy energy and the mischief that two dogs with too much doggy energy can get up to), baking a couple of cakes for tomorrow's speed session (tick), coffee (tick - thanks to my number one son who knows that I'm a nicer person when I get some caffeine into me).

The negotiable list was work. Actually work straddles both lists. But doing extra work by starting early was the negotiable part. Short list, I know but it takes up a lot of time at the moment.

I also worked out how I would get to training tomorrow morning if our car's still not working and number two son is happy for me to borrow his car as long as I'm home before 9am.

So today's run was a success in more than one way.

But I don't want to leave this post without sharing a life lesson I learnt over the weekend. Having someone walk past your house calling for their dog (whose name sounded awfully like Foreskin) is a real passion killer.

Moral of the story - only buy a house where the neighbourhood dogs have regular doggy names like Fido or Spot.
Posted by Char at 5:14 PM