When the gynaecologist is happy, everyone's happy. It's a truism that probably every one else in the world was aware of, but I'm pretty new to going to gynaecologists so I came to this fact later on in life. 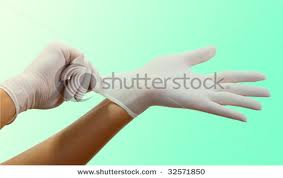 So you might have guessed that I went back to my gynae this week. It's been an appointment that I've been in two minds about - I was looking forward to telling her just how well I was feeling now and I was dreading telling her that I'd gone AMA (against medical advice) and stopped taking the contraceptive pill.

I don't like to do the wrong thing and I was convinced that I wasn't. But she's the one who's spent five years in medical school, more years as an intern and resident and then even more years specialising. All I had was the advice of Dr Google and hundreds of other women who had had a bad experience with Yaz - so obviously I was better informed.

The visit was preceded by a compulsory blood test. I'm not one to get weak at the knees over having a bit of blood drawn BUT I do like a skilled phlebotomist. And I got THE BEST. I didn't even feel her putting the needle in. Luckily I was watching or I wouldn't have even noticed her sucking out litres of my life-sustaining blood. Okay, it might not have been litres but it definitely is life-sustaining.

The phlebotomist was not only skilled but she even offered to send a note home to Iven saying that I could not cook or do any other household chores for at least a week. Now that's a woman after my own heart.

Anyway back to the gynaecologist. My appointment was on Thursday and I agonised over what to wear. Let's face it - a gynaecologist visit usually ends up with Joe Cocker singing 'You Can Leave Your Hat On' so why make life difficult and wear the high-neck blouse with 50 pearl buttons, the lace-up corset and the chastity belt. But on the other hand the velcroed, tear-off mini skirt in gold sequins might have been a little trashy for The Wesley hospital. After all it's private and not like the public hospital where I had my three babies. In the public hospital you can pretty much wear whatever you like judging by the clothes they gave Josh when he had his hand operated on. See-through paper undies, sexy white compression socks and that risqué purple gown with the split up the back. I went for middle of the road - shortish-but-not-obscene skirt and a singlet.

I started getting butterflies while I was sitting in the waiting room. Last time she cut out a piece of me, threw it in the bin and made me bleed. Admittedly this didn't hurt at all BUT I was concerned that I might make her angry with my disobedience and heaven knows how a woman who owns scalpels and a speculum likes to punish naughty girls.

She was all smiles when she ushered me into her room. She asked how I was and of course I told her that I was doing brilliantly well. And then I blurted out the truth that I'd gone off the pill. And her reaction? There was almost none. I'd wasted all that good nervous energy for nothing. There was more blurting from me - of how I was feeling stronger, sleeping better, able to sneeze in public with a full bladder, less tired and just happier. She didn't actually ask for any of this but I figured that if I was having to pay then she was darn-well going to listen.

My blood results had come in and the pendulum has swung. My free testosterone levels are slightly over the upper limit. Not at Caster Semenya levels yet and certainly nothing that she was concerned about. I won't have to worry about having to learn to shave off my mo' or pee standing up (although that could come in useful at times).

And then she offered to repeat the failed Pap smear. This was the moment when she'd normally crank up Joe Cocker. But mercifully I had to decline. It's not often that I'm pleased that I've got my period. On the down-side I still have to get the test done but I'm sure it won't hurt to put that off for a month or three.

She dismissed me saying that she was done with me. To continue with the cream but to come back if I have any issues with my plumbing. She told me she had lots of other things in her bag of tricks. And I don't think she meant doves or a rabbit. Scary! 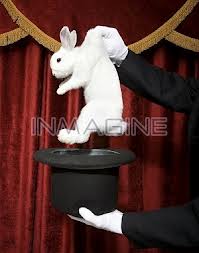 But having said all that - I really like my gynae. What's not to like about a woman who wishes you well with your marathons when you're leaving?!! So if you live in Brisbane, need a gynae and would like to know her name just pop me a line and I'm happy to share. That would give us a very special bond - almost like sisters.