A Retrospective - Smattering Of How It Used To Be

My fiftieth birthday seems to be the perfect occasion to look back at how far the world has come since I was born. I thought it might be fascinating to my kids in years to come seeing the changes that have happened in a seemingly short amount of time (of course I have to say short because if I didn't it'd be admitting that fifty is old).


My earliest memory is getting lost in the city. Apparently I was about three at the time and I was found by the police and returned to my parents. Back then the city was the only place to really shop. There weren't any of the big suburban shopping centres like there are now. It wasn't all that hard to shop in the city back then. The number of cars on the road were so much less and they looked a little like this - ours did anyway. 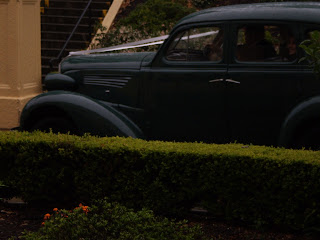 Mothers used to stay at home and Dads used to go to work. My Dad had bought a business with his brother and worked long and hard to make it successful. It was an engineering business and I was never really sure exactly what it did, I just knew that it was dirty, greasy work and Dad would come home looking a lot like this - only younger, thinner and with more hair (sorry Dad). 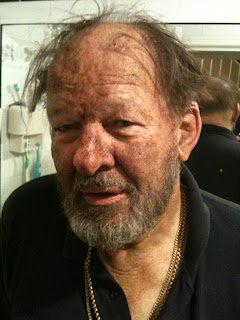 There was none of the wonderful technological gadgets that we have now. When I started grade one
we used a slate and slate pencil. One of the first jobs of the day was to fill up our sponge box with water so we could clean our slates. We didn't graduate to paper and pencils until grade 2 and we didn't get our 'pen licence' until we could prove that we didn't make too many mistakes. We played on concrete and bitumen and there were often cuts that needed stitching and broken limbs from falling off the monkey bars but no parent would have ever dreamt of suing the school. 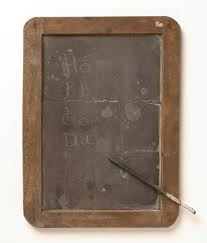 I didn't get to see my first computer until grade eleven and didn't get to touch one until third year university. Phones were only mobile if you had a really long cord and if you needed to use one when you were out it there was usually a payphone around and back then there was a lot less vandalism so they usually worked.

We did not have an inside toilet to start with. There was an outhouse at the back of the yard. And there was a rat that lived in our dunny which made me scared to use it at night - it's disconcerting to hear scurrying under your naked, vulnerable buttocks. The dunny men would come once a week, I think, to empty out the tins and back then I thought that would have to be the worst job in the world. I still think that would be the worst job in the world.

Weeks went in definite rhythms. Every day had a purpose. There was washing day and shopping day and cleaning day. Washing day was a big event. Beds got stripped and the lines would be full and flapping under the bright sunshine. We were lucky - we had a Hill's Hoist but the lady up at the end of the street still had a couple of lines which had to be propped up with sticks. We also had quite a modernish washing machine. Unlike my Grandma who still had a mangle to squeeze the water out. We were allowed to help with this sometimes and sometimes little fingers got caught between the rollers. 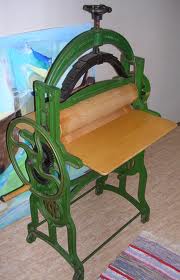 Health food didn't really exist. We just ate meat and three veg most nights. Sometimes the meat was offal - tripe in white sauce with onions or lambs fry with bacon or steak and kidney pie. Calories weren't counted until I was a teenager but we really didn't need to because walking was our main mode of transport to school, we played really physical games (red rover, letters, elastics or chasey) at lunch and sports practice after school before walking home.

Sundays were spent at Sunday School and Church. There were plaques on the wall in our church dedicated to ministers. For years I believed they were headstones and that beneath them, in the wall cavity was the bodies. But church wasn't just about being scared - there were the wonderful fellowship teas where people would bring along special dishes to share. They seemed to always be a version of minced beef casserole and were always swimming in grease. There was Girls Brigade too - where you got to learn to march in formation, learn interesting routines with clap sticks and learn to embroider handkerchiefs.

These are just a small smattering of the thoughts and memories that have flitted through my brain today - to write them all would take way too long and probably be way too boring. Really, this post has been for me and I've really enjoyed my walk through my past. That's what happens when you get old, doesn't it? You bang on and on about how good the olden days were and everyone just has to listen politely. I think I'm going to enjoy being old!
Posted by Char at 6:07 PM