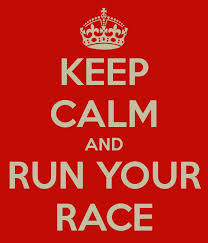 I'm not sure if it's because I've run out of adrenalin and cortisol or if it's because of all the positive calming vibes people are sending from all over the world BUT today I woke up calm. And that's bizarre because today's the day I get on the flying tin can that's going to take me over 1000 k away from my comfort zone.

And no, I haven't taken any drugs today.

See I told you I was crazy.

I'd totally expected to wake up around 2am in a lather of sweat and bubbling over with nervous tension. I'd taken precautions too and stocked up just in case of an apoocalypse. At least we'll be fully prepared in case of family outbreak of diarrhoea. 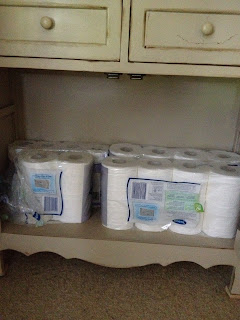 I still can't tell you exactly why I was feeling so out-of-control with anxiety but I can tell you that it is awesome to be feeling back to my normal, only slightly psycho self.

I'm pretty sure that part of the reason why I've calmed down is that I've told everyone (and I do mean worldwide admission of my own personal crazy). Not having to hide it actually took a lot of pressure off. I told Sam that his Mum might need extra support and his response was absolutely 100% supportive (plus he told me that whenever he feels a little bit nervous he just reminds himself of how awesome that he is and the nerves vanish - my boy doesn't have too many problems with self-esteem). I told Hannah, his girlfriend and she too was supportive - even offered to be my own personal drug-pusher. I told Coach Chris and he was great too - he'll understand if I can't make dinner Saturday night. I've had lovely texts and phone calls from my breakfast buddies, Bec and Jenny. And from family and other members of the squad. It's like everyone's lending a hand to carry me to the starting line and give me a shove over it.

And the comments on my post have been wonderful. They've confirmed again what an amazing supportive community that runners are worldwide. You guys will all be with me in Sydney on Sunday morning. 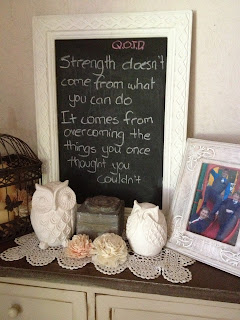