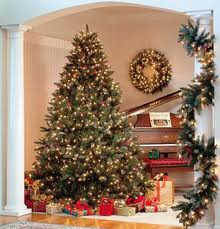 After a crying jag on Tuesday I'm feeling a lot better. It's funny the way you can start crying for one reason and then all the negatives that have EVER happened in your life get included. I'm so grateful that I only had one client on Tuesday cause those red eyes were not pretty. But I am glad I got it out of my system. It was really cathartic. (I will point out that I'm not a big crier. The last time I had a good cry for a legitimate reason, not just an Australian getting a medal at the Olympics, was probably when I lost my Grandma about 10 years ago)

So it's back to business as usual but things haven't been quite usual in my workroom. Something has died in the little storeroom which is at the back. And with the weather the way it's been (hot, humid and horrible) decomposition was well underway on Tuesday when I walked in. UGGH! I'm pretty sure the something that died was a rat (Iven put some rat baits down about a week ago) but locating and disposing of the corpse was an impossible task. Impossible because the storeroom is full of stuff (because it's a storeroom, duh!) and because, even if I found it, I wouldn't want to touch it.

I did have a cursory look around. And the buzzing flies gave me the hint that I was in the right vicinity. I actually have a sneaking suspicion that my little rat friend has made our Christmas tree his last resting place. He had a penchant for the Christmas tree a couple of years back and made a nice little nest in the box, probably raised his family there and felt the loneliness of the empty-nest syndrome when they left for greener pastures.

Our Christmas tree has not been used since. There was not enough pine-scented freshener in the world that could cover the smell that our unwanted house guests left. Next time there's a council clean up our tree will go on the top of the pile and I pity the scavengers that decide they'd like a new tree from our pile.

I considered sending Bubbles in to take a look too. Bubbles has a good amount of fox terrier in her and foxies are used as ratters so maybe her primitive instincts would come to the fore. But apparently Bubbles sees herself more as a girl than a vicious killing machine that rodents fear. She took one whiff and ran out of the room - the room that I had to spend the rest of the day working in.

Luckily the vile, stinking weather has done a good job along with the maggots that I'm sure are crawling around the Christmas tree, and the stench is starting to dissipate. I never thought I'd be so grateful to the process of decomposition and fly larvae. And really if you think about it we could probably still use the Christmas tree - spray paint all those juicy maggots silver and they could give the illusion of icicles. Just a thought.
Posted by Char at 5:21 PM