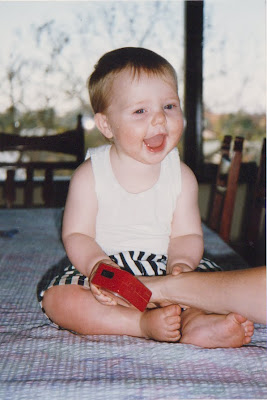 It was my sister's 50th birthday on Friday. 50 on the 11:11:11. She had a really full day with her friends organising breakfast and lunch out. But we'd organised to have her birthday breakfast on Saturday morning at our usual cafe and it was an open invitation to anyone in the family who could make it. It was a full house - the only ones who couldn't be there were Luke (who had an exam on) and Lauren my niece. It was a table for 20. Lots of laughs and smiles and good food.

I'd made the cake. Julie is particularly partial to lemon so she got the Nagging Mother in Law Cupcakes. The cake worked out perfectly but I had a few issues with the frosting. It was a fluffy frosting which is basically an Italian meringue and I'd used the whisking attachment on my mixer for the first time. Let's just say it was a little too aerated. It had air bubbles through it and didn't have its normal glossy sheen. :( But the cake toppers hid the fact that they weren't perfect. 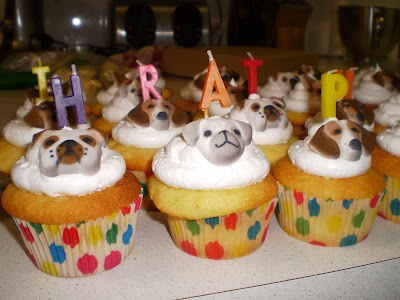 Julie's a bit of a dog person if you hadn't guessed. She has two dogs that she loves to bits.

Saturday was Luke's birthday and he was lucky enough to have an 11am exam. And even luckier - it was his hardest maths subject. I hadn't seen him before he'd headed out for it so the first glimpse I got of my now-adult son was when he'd passed it (he's pretty sure). We'd given him his gift the night before when he was on a study break so he could have a little time to enjoy it. And for interested parties, we bought him a really nice watch.

Luke had asked for the caramel mud cake and I had an exciting brain wave (or was it a brain explosion). I would make it a tall cake and slice it in half and fill it with the gooey caramel then ice it with the fluffy frosting that I"d kind of stuffed up the day before. Well, nothing went exactly to plan. I used my cupcake recipe but didn't know how long to cook it as a big cake. The caramel went better than last time - it only caught just a little on the bottom and I didn't have to end up sieving it. But when I came to slicing the cake I realised it was a little overcooked. I almost called Iven to bring up the chainsaw - it was so tough. The caramel went on okay but when I went to put the top half on the cake started to fall apart and I had to make an impromptu corset out of paper just to hold it together.

And then I went to make the icing. My parents had arrived to give Luke his gift and had settled in for a cup of tea so I was trying to entertain while concentrating on making the syrup for the frosting. My multi-tasking skills aren't what they used to be and I ended up taking the syrup all the way to toffee and totally ruining it. Back to plan B - coffee buttercream.

We went out to dinner - Iven and I and the three boys and two girlfriends to a local Mexican restaurant. Luke went to the bar and ordered his first beer. The food was nice and we laughed and chatted and generally had a really nice time. Then we went home for the cake and a cup of tea. And it was then that I realised that the gooey caramel doesn't make a great cake filling. I'd had to put the cake in the fridge because of the warm temperature and this had made the caramel harden. That cake really didn't want to be cut. And when I finally got a piece cut the caramel seemed to glue to the knife and made it hard to get the knife out without destroying the whole thing. In hindsight I should have just handed everyone spoons and we could have just communally dug in.

But even though it wasn't beautiful, it tasted really good. 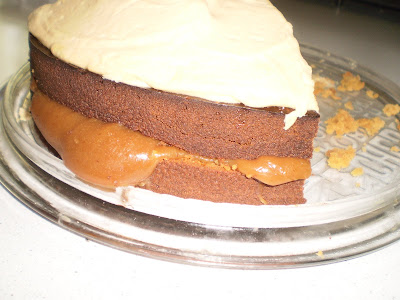 And even if the cake wasn't my best ever creation, the day was just lovely. Sitting around our dining room table listening to the kids' banter, laughing with them and at them, sharing a joke with the girlfriends (who are both truly lovely girls). My heart was full!

And apart from the birthdays there was the compulsory early long Saturday run. Coach Chris decided to make it a mystery run and he told no one the route - not even me! (I can usually wheedle it out of him) Talk about hilly! I think we ran up and down nearly every hill in the western suburbs. It was a challenging 14k (It was supposed to be 12, Chris!) but I finished it in better shape than I thought I would. Unfortunately my hip is still not in hill-running shape and it's been complaining a little louder since then. But I'm gradually rolling and massaging it back into submission.

But back from the running side track to the topic of this blog - my youngest-who-is-no-longer-a-boy Luke. I'd just like to share the story I wrote on his card. When I'd found out I was pregnant with him (not long after a miscarriage) I was reading the calendar (a scripture one) on the back of the toilet door. On the day I found out the reading said 'Delight yourself in the Lord and he will give you the desires of your heart.' Then the next day it said that my 'cup would be filled to overflowing.' I took these to mean that I was finally carrying the girl that I'd always wanted and I was pretty disappointed when the ultrasound showed I was having another boy. But I can't imagine having any child that is nicer, more considerate and loving than my youngest is. He's bright (taught himself to read at the age of 4), musical and is such a blessing to me. The scripture verses were right. 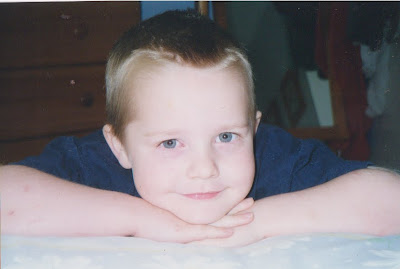