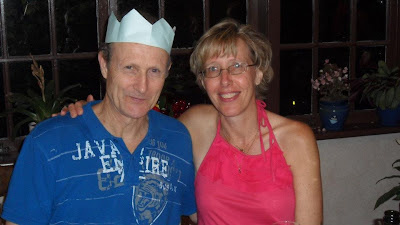 Christmas 2011 is over. It always surprises me that it can be weeks and weeks of preparation. Hunting out just the right gifts. Fighting the crowds in the grocery store. Decorating the house (oops - sort of let the side down on that one but the upside is there's very little cleaning up to do). Baking and cleaning. And then it's all over in 24 hours.

My boys are so old now that it's the parents that wake up first and have to wait and wait for them to emerge. BUT that did allow me to get an early morning run in. It was a gorgeous morning, not too hot and so quiet. I left the house at 6:30 and saw one other runner, a few walkers and quite a few cyclists. It was really nice having that peaceful time to myself to get me centred before the day began in earnest.

10k later I was back home. My run had given me the inspiration to write on the last couple of gift cards and I'd decided to bake a batch of bagels for our lunch. I'd just gotten started with the bagels when my sons started to emerge from their rooms. It's such a far cry from the days when they'd wake us at ridiculous hours full of excitement.

Each boy was greeted with an enormous, sweaty hug and kiss from their Mum. They LOVED it! I told them about my bagel plan and told them that they all had to be involved. My bagels need 10 minutes of kneading - way too long for my puny, weak stick arms. I figured a bit of testosterone was required and luckily they all came to the party. And believe me, it was a party. There was a bit of brotherly love, juggling and some nudity - my house can be a circus at times. 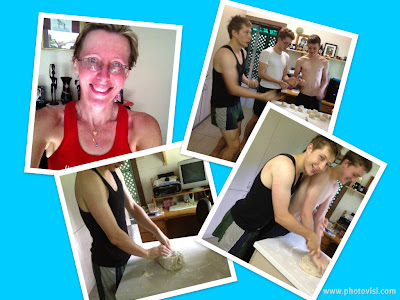 Sam does have some pretty decent bagel-dough juggling skills. He was also the perpetrator of the public (luckily only to our family) nudity but I didn't pander to his exhibitionist tendencies and take footage of that. The nude episode was mercifully brief - which was co-incidentally was what covered the offending bits. He was a little disappointed that we seemed too comfortable with it.

Presents were exchanged between required dough resting. I scored an awesome rumble roller, lots of chocolate, a cake-decorating book and a tiny bit of alcohol (okay, it was a lot of alcohol for someone who rarely drinks but if I was an alcoholic it'd probably not seem that much). 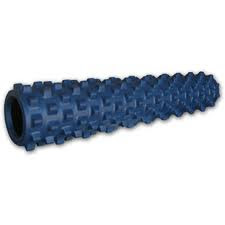 My parents and sister were turning up for lunch at midday so there was a little bit of table dressing and food prep to do but it was all ready on time and at midday they arrived with two loaves of hot bread (my sister, Julie is a great cook), ham and salad. I provided the fresh prawns, another salad and the bagels and all of a sudden the table was overflowing. 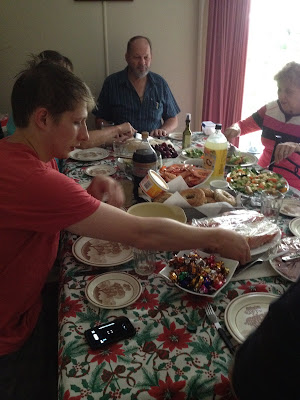 It's compulsory to eat too much at Christmas isn't it? Problem was that this was just our light lunch. The main meal was in the evening. Some serious napping and digesting was in order to even face what lay ahead.

By five I had to head over to Mum's to get my contributions (pumpkin and sweet potato) into her oven to bake on time. The turkey was smelling divine and her table put mine to shame (probably because she spent days planning hers and assembling it and I just threw mine together an hour before they arrived.)

By about six everyone had arrived, a prayer of thanks was said and it was time to eat. I deliberately kept my plate fairly spartan because I wanted to keep enough room for dessert. It all tasted amazing but the piece de resistance every Christmas is Julie's ice cream. I must shamefully admit that I ate one and a half helpings. And even more shamefully I'll admit that I felt sick for the rest of the evening. We're just about to head over there now for Boxing Day left overs and the thing I'm looking forward to most? The ice cream of course. It's like frozen crack. Once you've had just a little bit, you're powerless to deny yourself. Damn you Julie!!

So my favourite parts of the day - definitely the run, the bagel making and the time spent with the family.

What were your favourite bits of the big day? And what food are you powerless to resist at Christmas?
Posted by Char at 10:48 PM