A Pair of Short Shorts.

No, I don't mean these sort of short shorts. 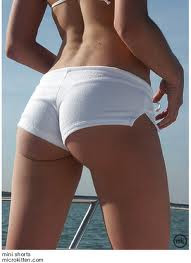 And I really don't mean these beauties. 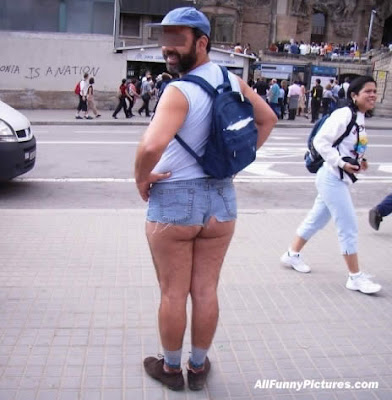 #1
My first comes from my Mum. She's given me one of the secrets to a long marriage this week. She and Dad have been married for 50 years now and they're marriage has endured some fairly cyclonic weather. BUT they're still together and she's shared one of her secrets with me and I'm, in turn, sharing it with you all.

Getting old and the deteriorations that come with old age can really save your marriage. Eyesight going? Your partner may appear to never age. Getting forgetful? You will always have a new story to share with your partner and their stories will always be fresh to you (although on the downside they will NEVER tell you their plans any more). Going deaf? (this had the most relevance to Mum and Dad because Dad has industrial deafness). You can get all your frustrations off your chest in front of him as long as you don't yell and he can't lip-read.

Dad's just gotten himself some new hearing aids and he's actually wearing these ones. All of a sudden he's not saying 'Huh?' all the time and poor Mum's having to watch her tongue. No more muttering behind his back!

#2
I saw a rat yesterday. No, it wasn't the dessicated corpse of the one I was smelling a few weeks ago in my work room. It was a living, breathing, dirty, smelly rat and it was in the garden outside my workroom. Of course I yelled for Bubbles, our rat-hunting foxie who doesn't know she's a rat-hunting foxie. I put her in the garden and got her all excited (although I'm pretty sure she didn't know why she was supposed to be excited but last time I'd put her somewhere it had ended with a feast of cake and icing). She seemed to pick up a scent but the scent just led her round and round in circles without finding her quarry. 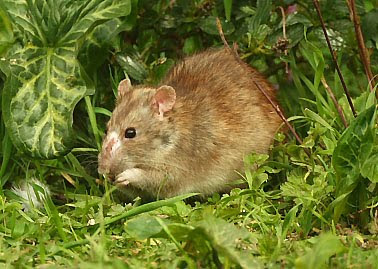 Later on I was mulling over the rat incident. And I was secretly blaming Iven for the presence of vermin in our house. At this point I must say that everything ends up being Iven's fault. Tissue in the wash - Iven's fault. Dog pooed in the kitchen - Iven's fault. Car having engine problems - Iven's fault. Poor Iven. He has no idea how many times he's been mentally blamed for the problems of the world.

My logic for it being Iven's fault was simple. We have chickens because Iven really wanted chickens. Chickens have chicken feed and compost scraps which bring in the rats. Soon we will have snakes that are looking for the rats and that too will be Iven's fault.

While I was mulling over this, I was picking through the cherries that were sitting on the bench - eating the good ones and throwing the bad ones out ... the window ... the window that is directly above the garden that I saw the rat in. The window that I throw lots of scraps out of. And at that moment I had an epiphany! It wasn't a filthy dirty vermin after all. It was MY pet rat and I'm calling him Peaches (cause I've probably thrown one of them into the garden too).

Who gets the blame for all of the bad stuff that happens at your house?
Posted by Char at 1:50 PM