Life has a way of giving you reminders of things every so often. Only yesterday I was reminded that you shouldn't grab hold of the metal part of the fry pan handle just after it's been used. And all this week I've been reminded that my doctor said to make sure I didn't push too hard and I got plenty of rest. I guess that working multiple 40+ hour weeks while trying to up my distance running may not have been the most wise thing to do. Life decided that I needed a subtle reminder so it crash-tackled me.

I worked all of this out when I was lying on the rug on my workroom floor on Tuesday - not knowing if I was going to throw up or fall asleep and knowing that I still had heaps of work to get done by the end of the week.

But while I was lying there I decided that if all that Western Medicine could offer me  was advice to rest, I needed to look elsewhere for help. A running friend had suggested seeing an acupuncturist to help with energy issues and I had read about one of our local swimmers who'd had exactly what I'd had and now was in the Olympic team for London. She's used a Chinese herbalist. So I decided to take action.

I've had my first-ever session with an acupuncturist now. And I lucked out. He's a runner from a local group who knew a lot of the people that I know. Talk about instant rapport. He took a history and did an examination and has decided that my adrenals are fatigued. From pumping out double quantities of cortisol every day for the last four years? What slackers!! 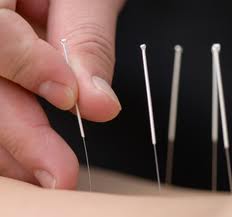 I looked at the ceiling so I didn't have to watch what he was doing. I really never thought I'd be voluntarily allowing someone to stick needles into my body. But it honestly didn't hurt. He kept checking my pulse and the funny thing is that I could feel a change in it from when he put it the first needle. It stopped the driving, pounding that I could feel through my whole body and became a more subtle, normal beat. The fatigue that I feel in my trapezius as a tingling dragging feeling disappeared as well.

I'd like to say that I've never really taken too much interest in alternative medicine. I like to know that there's a scientific explanation behind events. But science can't offer me anything more so I'm prepared to experiment to see what will happen. And I won't be throwing the baby out with the bathwater.  I still intend to do what my doctor said - just as soon as my workload eases in the next fortnight. 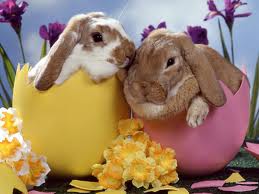 I hope everyone is having a lovely Easter. I know the Easter bunny will be visiting me because I've seen where he's hidden my stash. Silly bunny - he should have known not to hide it in the downstairs bathroom that I use as my loo when I'm working. But I'll forgive him this year - I can't be mad at a bunny that is planning on being incredibly generous. And I haven't even finished my birthday chocolate yet.
Posted by Char at 7:48 PM