Every Tuesday after our speed session (that I still can't do :( ) I have breakfast with a couple of friends. It's a strange little group. We range in age from 23 to 59. Three females and one male. But none of that matters because we all have one thing in common - running.

But last week, for the first time ever, I felt like an interloper. The other three share something in common which I don't - a tattoo.

It seems to me that tattoos are becoming so much more common. They're a medium to express yourself - who you are or what you've done. And finding out that everyone else had them got me thinking.

I've thought fleetingly about tattoos before. A few years back Mum and Dad took all five of their daughters to Thailand without our husbands. I thought it'd be funny if we all got tattoos (just temporary ones of course) to see the reactions of our spouses.

Then when I was planning on my first (and only) marathon, I did consider getting a tattoo as a memento. But I ended up making do with a permanently deformed toenail and the race medal.

But if I were to get a tattoo I'd like it to be something that said who I am. I am a wife, a mother, a runner, a leotard-maker, a cupcake-baker and a poo-cleanerupperer. I really don't want to be remembered for the last one. I have lots of medals and callouses and a permanent sock tan line to say that I'm a runner. My wedding ring tells the world that I'm a wife. My most important role is that of Mother. And one of my most important jobs as Mother is to get my sons ready to go out into the big wide world and become useful, functional members of society.

So if I were ever to get a tattoo, I think I'd get a nest with a mother bird sitting on it. And when each of my sons left home I'd get an addition to the design - a bird flying out of the nest. It would be a symbol that I'd achieved my goal. 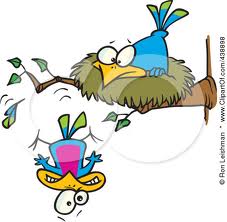 The only problem would be if they moved back home.

I might just have sons but yesterday I got to borrow a daughter for the afternoon. Luke's girlfriend Becky was over when I was getting dressed for our squad's season launch. I NEVER know what to wear. And I rarely have anything to wear that's appropriate but this latest round of clothes shopping left me with a dress that I was going to use for a pattern if I could find the right fabric and a bit of time. I was worried that I might be a little old for it and rather than ask my sons or husband who have no interest in the intricate world of women's fashion, I got to ask someone who cared. She gave me the thumbs up so I bravely set out wearing A DRESS.

It was obviously the right decision because when I got home I got the best compliment ever from my eldest son. He told me that I look 'kind of normal.' High praise indeed because 'normal' was exactly the look I was going for.

Really good run yesterday!! I ran over 6k with the squad before run/walking back to the start. My average pace - even including the walk breaks - was 6:48/k and my average heart rate was the same as three weeks ago when my pace was 7:58. Colour me happy.
Posted by Char at 12:32 AM