A Mother's Lament (And some other stuff)

Some amazing things happen to a woman when they have a child. You become filled with love and with fear. The love part is obvious - you want to care for and nurture this little creature. The fear is because there are so many dangers in the world and you'd give your life to protect your precious child. And you do - you teach them to stay away from the hot stove and not to run with scissors. You discourage them from jumping off the roof with their undies on the outside of their pyjamas because, unlike Superman, they do not have superpowers. As they get older there are other things you worry about - will they come home unscathed when you've let them take the car for the first time on their own? Will their heart ever mend when their first love breaks it?

I'll totally admit to being a worrier. Sometimes I think it's the writer in me - I can create a dangerous scenario out of thin air. But I think it's more because I'm a realist. I watch the news and read the paper and I know that bad stuff happens to anyone. And something bad happened to one of my sons the other night.

He went to a club with his friends and bumped into the wrong person on the dance floor. Too much alcohol and too much testosterone. He ended up being assaulted by three men. He came home with a big cut over one eye, two black eyes and the hand that he'd broken last year was swollen. We took him up to the emergency room and the x-rays showed that it, thankfully, was okay.

And just like that my son my son became a statistic. Alcohol-fuelled violence fills our emergency rooms every weekend. It stems from a culture of binge-drinking. My family was brought up without alcohol in the house. I never liked the taste of it so it was no big deal. Iven's family hardly drank either. And we as a couple have rarely had alcohol at home. And I'm not anti-alcohol. I'm against its abuse.

But my weekend wasn't all doom and gloom. Saturday wrapped up my biggest mileage week running since  some time in January. An 11.5k long run with only a 17m walk - I'll call that a success. Especially when you follow that up in the evening with a 10k walk to get a coffee. Yep, we take our coffee seriously over here. 34k for the week!!

And it was a big birthday weekend in Brisbane so we all know what that means - birthday cake! I had two birthdays to bake for - a friend's daughter and my great-niece who was turning one. 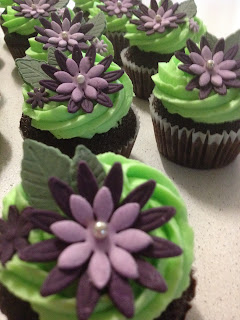 Annie, my great-niece had a purple and green theme. Choc-mint cupcakes 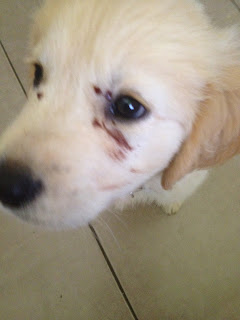 Toby enjoyed helping. He's worked out that the kitchen is the source of all things yummy. 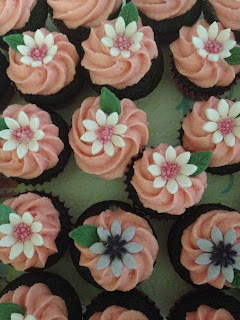 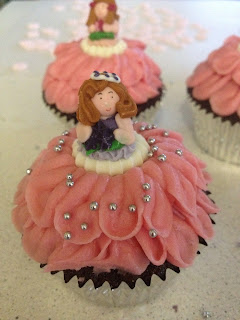 And Cakes for the party after school.

And don't be jealous but I now own my perfect, pristine, piece of polished porcelain. Look Mum - no stains! I know I called dibs to be the first user BUT the plumber told me in no uncertain terms that it was not to be sat upon for 24hrs. Sure it could be used but I would only be first to do so if I could pee standing up. Everyone else in this household possesses that particular skill except me. Even Toby got to use it before I did - no, house-training is still not going so great. 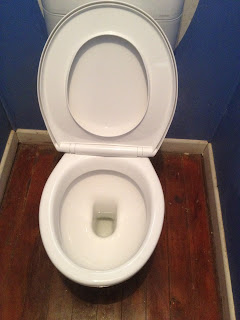