Everyone knows by now that I think farting is pretty funny - and blog-worthy - so I've got a couple of short ones here for you.

The first came from son Luke. We were sitting watching the Olympics the other night and he let one rip. Yes, I know you're all shocked - not that a teenage boy farted, but that we were watching the Olympics again! And being a teenage boy with his girlfriend next to him he couldn't really admit to being so uncouth so he blamed it on the dog. The dog that we had put down over three months ago! Poor Nelson is still copping the blame. Needless to say neither Becky or I were fooled. 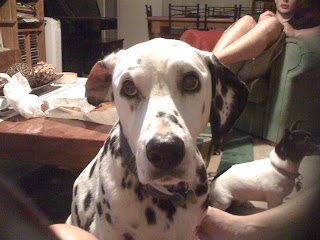 The second story comes from the nether regions of my oldest son. (Yes, I know that you're all shocked again. Boys still fart loudly and laugh into their mid-20s). He was lying on my bed where I was reading, telling me about his day (a little aside here - they always wait until you're engrossed in a book or just about to drop off to sleep to decide to have a little chat). Toby wanted to be included but the presence of Sam lying across the end of the bed made it hard to jump aboard so he just had his front legs up. This meant that his head was so close to the end furthest from Sam's face. Sam let out a long loud one which left Toby confused and bemused. His eyes opened wide. His ears came forward and his forehead wrinkled in puzzlement. 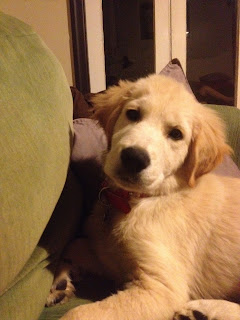 To further investigate he did what all dogs do - he used his nose. A few sniffs at ground zero was enough to make him jump down quickly and leave the room. And I did what all mothers do when the fruit of their loins scare off the dog with a fart. I laughed so hard that tears rolled down my cheeks. It was that ugly out of control laughing which is probably the reason that my children are so uncouth.
***
I was back at running yesterday. The cold is almost gone - just a residual cough when the air's cold and a bit of a runny nose. It was Tuesday speed session but I just did my own thing - a slow 3.7k loop to reach the group, a little chat with Coach Chris, then another slow loop around the uni lake.
It's starting to get a little lighter in the morning, even if it's not getting any warmer yet. The ducks were just starting to wake up and take to the water. The sun was making the sky multi-coloured. The air was crisp and clear. And I was filled with a wonderful sense of peace. There's something about being out there that makes everything right with the world.
And that's why I run.
Posted by Char at 6:24 PM