The Romance of the Run 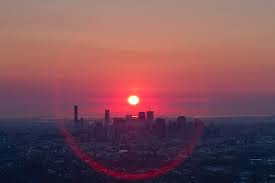 All week I've been just a little bit stressed. This Saturday is Australia Day and Coach Chris had planned a special run for Australia Day. We usually run from the Regatta and out along the river on Saturdays. But for Australia Day, C.Chris wanted to do something a little bit more Aussie and for the last couple of years he's planned a run through the bush (ie a trail run on Mt Coottha) followed by a barbie (barbecue breakfast) of eggs and snags (sausages).

Doesn't seem too stressful does it? But it might if you hadn't run any hill sessions in over a year. I had to stop running them when I thought I had a hamstring strain in September 2011. Then the hamstring strain seemed to be because of a sacro-iliac joint problem. And then there was the issue of my tight hip flexor. Running up hills hurt and all the hip strengthening exercises didn't seem to help matters. If only I'd realised way back then that I didn't really have any chance of building muscle strength when I didn't have the help of my good friend testosterone. And then I could hardly run at all so running hills didn't seem to be an issue. Until the Australia Day run came up.

I wrestled a lot about whether I should go. I could just go do my usual run by myself but have no company. Or I could put on my big girl pants and just give it a go and not worry about failure.

But I DO worry about failure. Even when it's a run that is of no real consequence. Even when I'm with friends who know about my battle with health issues. Even though I know that if I never put myself out there and risk failure I'll never be brave enough to grow. And that was the cause of my silly stress.

Then the next worse thing that could happen would be falling and breaking part of me. But luckily I've got a tiny bit more muscle on my bones than I did a couple of months ago so the extra cushioning could help in the case of a catastrophic balance failure.

Then the next worse thing would be that I had to walk. And that's when all the alarms and sirens went off. That's really what I didn't want to do. Having to walk would hurt my pride. Boohoo!! I'd forgotten that to be a runner means having to put your pride way down deep in your pocket and just getting out there and doing it.

I want to get back to running hills. I want to enjoy the peace that running through the bush gives - where the sounds you hear are the creeks running, the birds chirping (or crows cawing, or those incredibly loud cockatoos screeching), your heart beating loud in your ears and your gasping for breath  as you near the crest of a hill. I want to see the sun rising over the silhouetted city glowing all pink and golden and know that we're part of a hardy group who push themselves to the limit while most of the city is still tucked up warm in bed.

I want the romance to come back into my running.

Is that something only runners get? Isn't it romantic to run through bush trails, in the rain, or the fog (how can I mention fog without thinking of Heathcliff and Cathy and eerie, foggy moors?), alone or in a group? Doesn't it fill that little place inside that needs an injection of nature on a regular basis to make you feel whole?

So I RSVP'd a big YES back to C Chris and started to look forward to the run. And then Oswald happened.

Tropical Cyclone Oswald decided to pay Queensland a visit. And it started to rain up north - actually, it started to pour. And then it started to flood. And then TC Oswald thought that it might visit a little further south and the weather forecast for Australia Day is now showers and rain. And our bush run and barbie have been cancelled.

So we're running from the Regatta this Saturday. But I won't forget about what I've learned this week and I'll be talking to C Chris about returning to hill sessions. Soon ... Maybe ...