Yesterday I had to totally trick myself to get my run in.

I'm going to back up a few days to explain why. Saturday's long run was my first 20k of the year and I'd intended to run it as slow as I could - somewhere in the vicinity of 6:00 to 6:30 min kilometres. It just so happened that on Saturday only one other member of the squad was running 20k and he's a lot faster runner than I am.

I told myself that it was all okay, that I'd just stick to running my pace and tell John not to worry about me. But John wanted company for his run and was happy to run at my pace. I tried to convince him that I was holding him back but he wouldn't listen and try as I might, those kilometres just wouldn't stay as slow as I'd intended. Needless to say, I was pretty tired after the 20k but it was nothing that a 2 hour afternoon, drool-on-the-pillow sleep couldn't sort out.

Roll on to Monday and I did my tempo/progression/interval run - another intense run but a run I was really happy with. Then Tuesday was speed which is always a take-no-prisoners kind of run. It's a go hard or go home, leave nothing in the tank, grateful that I don't start work until midday and can have a morning nap day.

When I got up on Wednesday to take the dogs for a walk I could feel the sum total of the last few days and the fact that I couldn't face taking both dogs, despite having to look at the pitifully sad look on Bubbles' face when I shut the door on her, was a heads up that my body was feeling it.

So come Thursday morning and I switched my alarm off and rolled over to get some more zzz's. I told myself that it didn't matter if I missed a day. And it doesn't. Much better to let this old body recover properly.

But it's hard to just let a run go. All day I wrestled with questions. Should I run? Should I rest? Am I too tired? Will a run pick me up a little? I just couldn't decide.

I'd put everything in place so I could run if the mood hit. I'd put a lamb curry in the slow cooker and planned the rest of the meal to make it Iven-proof so when it came to the end of the work day I couldn't think of a good enough excuse not to run. I told myself I'd just test out how I was feeling and if I wasn't feeling it I'd go short and walk up the hills.

Turns out, though, that I was feeling it. I don't know if it was the change in routine or the 12 hours extra recovery but I had a great run.

If I'd told myself at the beginning of the day that I could sleep in but I'd HAVE to make up the run in the evening, I probably wouldn't have run. I would have spent all day dreading it. If I'd told myself at the beginning of the run that I would be running an undulating 12k at 5:30 pace, I just wouldn't have believed it. When I left home all I'd planned for was 5k of movement - running or walking, I wasn't fussed. But by letting myself believe that I could do the minimum, I allowed myself time to warm up gradually, actually listen to my body and go with how I was feeling. 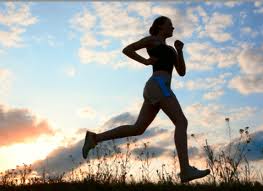 Yep, sometimes tricking yourself into a run turns out brilliantly. Sometimes I can't believe how gullible I am.
Posted by Char at 5:06 PM