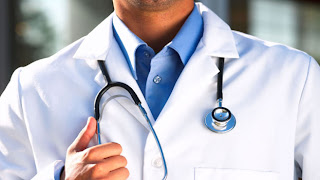 To be perfectly honest, it's been a tough week. But today's post is not all doom and gloom. There's a really big silver lining that I'll get to by the end of the story.

When we last left our heroine (me) she had been a bit of a naughty girl and had run just a little bit during her Sunday walk. Being that she suffered no ill-effects from the tiny bit of very slow trotting, she decided to repeat the process on Tuesday's walk. And she could totally justify it as a scientific experiment so she could bring valid results to her apothecary (the older Dr Young)

Well Tuesday's experiment was way less successful than Sunday's. I felt fine while I was running and made sure to stop before my heart rate climbed too high  AND I only ran on the flat or down-hill bits. But by the time I'd finished breakfast I was starting to feel a bit ordinary. Tired, nauseated, headachey, achey legs and a bit shivery. I went home and had a nanna nap before I started work. But the sick feeling stayed with me all day.

At my last doctor's visit, he had mentioned that it sounded like Chronic Fatigue Syndrome so, like any normal person with an internet connection would do, I Goggled it. SERIOUSLY NOT THE ILLNESS YOU WANT IF YOU'RE A RUNNER. Average recovery length (if you recover at all) is 7 years. That would take me into my mid 50s!! But after my Tuesday run/walk I saw this as a distinct possibility and thinking this way was messing with my mind. The idea of feeling as awful as I do for 7 years or more was horrendous. I was cranky and snappy and a little bit mean to any family member that looked at me the wrong way.

But then I went to see the nice Dr Young. He had the results of my blood tests and there were some unusual abnormalities with my virus tests. I tested positive to having an older Glandular Fever infection but also positive to a very recent infection and that doesn't really make sense. Except that you can get this reaction if you've had a couple of other viruses - Parvovirus (no, not the dog one) or Cytomegalovirus (which Josh had last year). And I'm probably so tired because you can get post viral fatigue after any virus which will knock me around for a little while longer but I will improve gradually over the next couple of months.

In the meanwhile I have the perfect excuse to be lazy - doctor's orders. I can demand help around the house  (something that I'm starting to get better at). I can just lie down when I'm tired at the end of the day (like Iven's been doing for years and I've resented him for). I can go for walks with Bubbles and just make them relaxing walks. And I can sleep in late as much as I want because it's when you're sleeping that the body does its best recovering.

Relief was what I felt first. Followed by elation. I have a name for my condition. I'm not a hypochondriac. I have a plan of action. There's a light at the end of the tunnel.

Then I texted a couple of people and posted on Facebook and was swamped with the love that my running squad  is notorious for. I got phone calls from family and friends. And once again felt incredibly blessed that I have such supportive people in my life. And then I felt incredibly tired - there might be light at the end of the tunnel but the end of the tunnel's still a little way off.

Has anyone else had this or known someone who's had it?
Posted by Char at 1:05 PM