I'm a Naughty Girl And I Must Be Spanked 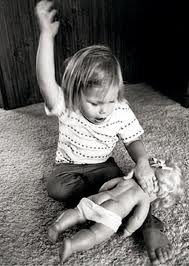 I have an admission to make. It's actually a confession and I'm a little ashamed. I ran today.

Let's start at the beginning. It was a gorgeous morning when I woke up. We'd had a storm last night and the morning felt fresh and coolish (for summer) and I'd woken up without an alarm just before six am. When I walked into the lounge room, Bubbles looked at me with such longing and expectation that I was powerless to resist. (Actually I walked in and said 'walk' and she did that cute little ears-pricked-head-tilt thing)

My morning heart rate was a very respectable 48 which meant that I wasn't suffering any ill-effects from yesterday's walk so I knew we could push the pace as much as yesterday. My first inkling of temptation came when we hit the first decline. Bubbles was really moving and walking made it hard to keep with her so I just trotted a few steps till we got to the flat part. And in that moment of casual carelessness an evil little plan was born. One of my alter-egos decided that it would be all right to run down any of the declines we came to - which amounted to one section in each of the kilometres except for the middle section. And so to give myself a running break in that k I allowed myself to trot a flat section. And I (hanging my head low with shame telling you this) did have to drag Bubbles faster than she wanted to go BUT dragging her means that her toenails get worn down and I don't have to clip them and she hates me clipping them so I did it in her best interest. (See, I can justify anything) And I didn't ever run more than 200metres.

My average heart rate for the walk was 130 which was less than last Sunday's walk (where all I did was walk). Both were pretty hilly routes but you get that in my suburb of Taringa, which in indigenous dialect means place of hills.

When I got home I felt okay enough to spend 40 minutes in the garden digging up some ground for our new and exciting landscaping. Actually, landscaping is probably too fancy a term for what we're doing. We're just going to put in a couple of plants near my fancy-arse washing line path and we're going to try to get rid of the weeds.

The digging was probably more than I should have attempted. And God punished me by letting my spade hit a root which made my hand get a great big bruise. I've had an afternoon nap and I'm feeling pretty normal. Hopefully there'll be no ramifications tomorrow.

And talking of cupcakes (yeah, I know that no one was talking about cupcakes. But I was thinking about them and couldn't come up with a decent segue) I decided that I wouldn't let my failure of last weekend beat me. I was going to tame that recipe and it was not going to sink this time. I changed things around a little in the recipe and added more flour  because last time it seemed like a really wet mix. Well I'm happy to report that it didn't sink quite so far this time. And I'm happier to report that the little concavity will be easy to fill with frosting once I decide what flavour I want to make. And I'm happiest to report that Iven came up with a creative, intelligent and appropriate name for my less-than-perfect sugary treat. He's called it The Sunken Treasure. Sometimes he surprises me.


Only four more days till I see the doctor. I'm really hoping  that he'll let me continue to add running breaks to my walks so I can feel less guilty.
Posted by Char at 8:35 PM