In The Wee Small Hours

Sometimes I wonder what I get up to when I'm asleep. I know I toss and turn a bit, from the wrinkles on the sheets. And I suspect that there's some snoring occasionally - but who doesn't? I've seen what happens when Nelson sleeps - there's barking, whining and lots of running in a horizontal position. And I now suspect that I may be doing the same.

And the reason that I suspect that I'm a very active sleeper was because I managed to put my back into spasm while I was sound asleep. I must have been doing the limbo or the tango. One minute I thought I was sleeping peacefully and the next I wasn't able to breathe or move without wanting to cry.

Being a normal hypochondriac, the first thing that crossed my mind was some form of cancer - spinal, brain, metastatic breast cancer. Well, I figure if you're going to have a disease you might as well pick something fatal. Abdominal aortic aneurysm was another diagnosis I made in my sleep-addled, pain-wracked state. But in my heart of hearts I knew it was just an everyday, run-of-the-mill muscle spasm. So I got out of bed, heated up a heat pack and took two ibuprofen. Then I turned on the TV and lay on the couch and waited for the drugs and the heat to take effect.

Did you know that there's NOTHING on the TV at 1:30 in the morning?!! Every channel wanted to sell me something. At 1:30 in the morning I'm not going to be awake because my kids cannot multiply three digit numbers in their heads. I've bought them all calculators so they're never going to have to.

And I didn't think that Zumba was the answer to all my problems, as much as I felt like partying at 1:30 in the morning with a muscle spasm in my back.  Everyone who has seen me attempt to dance (and there's not many of you out there)  knows that there's a reason why I chose running as a sport - coordination! I did go to a funk class at the gym once and didn't even work up a sweat and this was in Summer in Brisbane when thinking can sometimes make me sweat.  I just couldn't get it! And on leaving the gym I had to ride in the elevator with the instructor of the class and he asked if I'd enjoyed it - he obviously hadn't taken his eyes off himself in the mirror to see me standing still for most of the class. So I don't think spending all my hard-earned dough on Zumba DVDs is going to help anyone except the person who's selling them. 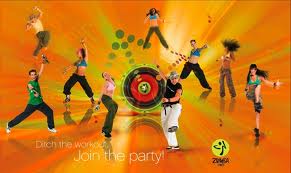 What they really need to be selling at those ridiculous hours of the morning are drugs!! Sleeping tablets. Colic medicine for babies. Pain killers. And maybe just a little wine to wash the tablets down with (disclaimer - I do NOT advocate the use of alcohol and sleeping tablets together). Seriously, people are not up at that hour of the morning out of choice. And if my drug ads had a 30 minute delivery guarantee like some of the pizza delivery places, I think everyone would be happy.

Luckily it didn't take long for the ibuprofen and heat to work its magic and I was back in bed in less than an hour. And this morning I've woken up pain-free. And with a great idea that could earn me millions!!

Hope you all slept well last night. And if you didn't I hope you too have worked out your path to riches.
Posted by Char at 5:18 PM