Stacks of Inspiration, Guilt and Colour

A little while back I was forced to do some spot decorating - to cover a little naughty carpet tearing by Toby. I was pretty happy with the results - mostly because they've stopped Toby from destroying any more carpet and they've allowed me a place to send subliminal messages of encouragement to my family. In fact the messages were so subliminal, not even I knew I was doing it. The chalk board is just opposite the toilet and can be read and mulled over when you've felt the call of nature and yet forgotten that we actually don't live in the great outdoors and we do have a toilet door.

I've been putting up quotes that inspired me and hoped would in inspire the rest of the family. Stuff like this ... 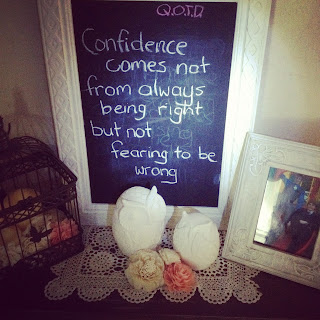 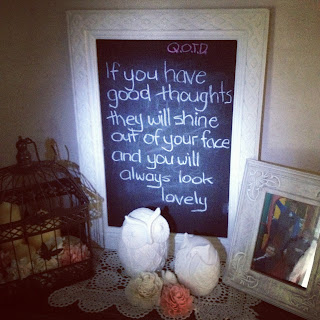 But this is the one that caused a little consternation with some members of the family. 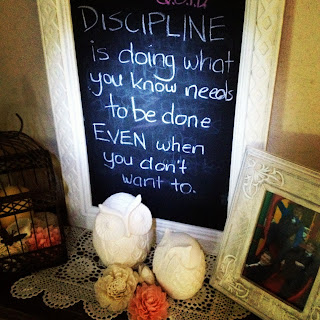 I took Friday off work again. It's awesome having your own business sometimes. But having the day off didn't mean that I did nothing. It just meant that I did nothing that could earn me money. I spent hours working on the biggest, most impractical cake that I've ever made just to see if I could do it.

Layer cakes are all the rage at the moment and I just happened to have 5 cake tins that were all the same size. And I had a box of AmeriColor Gel Paste food colours. And I was feeling a little nostalgic for the fluoro 80s. 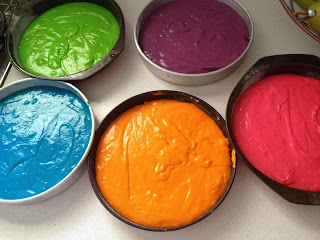 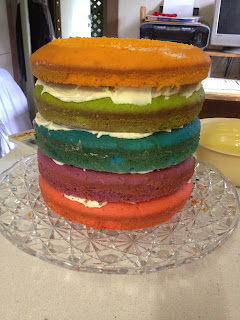 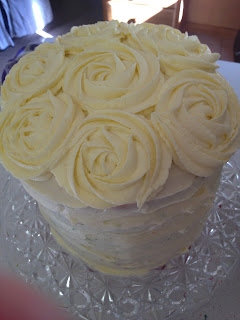 It was a great opportunity to practice rose swirls 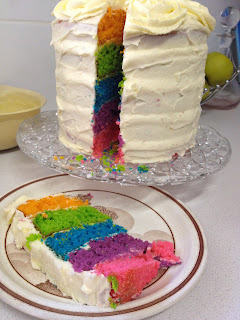 The finished product. Can you tell that I love colour??

It was just a plain vanilla cake and this did disappoint some members (Josh) of the household. BUT his comments have inspired me to make another layer cake. I'm thinking just three layers - chocolate, caramel and coffee layered with white chocolate ganache and iced with the double swirl choc/white choc cream cheese frosting. Unfortunately I won't be able to make this one until the other's gone. Can I wait that long??