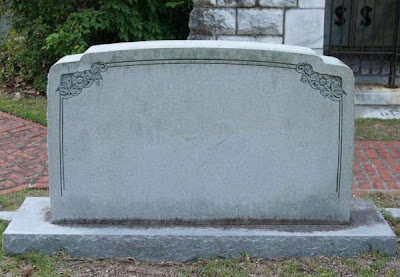 We have a few pets - two dogs, a cockatiel and two chickens. They are a little bit of work (especially now that Nelson has hip problems which subsequently cause him toilet problems and he occasionally leaves us little gifts around the house) but they can also have some side benefits. Apart from the unconditional love that they provide and the companionship while exercising (before Nellie's hips went), they can be might good waste disposal systems and pre-wash rinses.

I've recently found out, though, that Iven is having some problems with me giving all the scraps to the pets. He was brought up in the 'waste not, want not' era where throwing away anything was pretty close to a mortal sin. Mouldy bread? No problems, just cut out the mould. Hard, dessicated cheese? Tastes better when it's rubbery. Weevils in the rolled oats? They're good protein.

I, however, was brought up studying science and food technology. I learnt all about the perils of mould and food poisoning and the importance of freshness for nutritional value. I still firmly believe that if a carrot is so soft that you can wrap it round your wrist, it probably doesn't have much in the way of vitamins and minerals left in it.

I've got a fairly firm rule as far as left-overs are concerned and it's, quite frankly a compromise to Iven's upbringing. I allow them to be consumed for up to seven days and then the chickens or dogs get them. Yes, I know that this is longer than recommended BUT the scientists who made the recommendations never lived with my husband.

On Christmas Eve Iven and I had our weekly takeaway meal of fish and chips and the store owners, wanting to reduce their stock, gave Iven two tubs of potato salad. Now it doesn't matter that our fridge was full and we would be eating Christmas left-overs for at least a week, but Iven couldn't resist free food. I had to totally rearrange the fridge to cram them in. After a week there was still a full tub left so I gave it to the chickens.

"Where's that potato salad?" asked Iven the next day.

You should have seen his face when I told them that the hens had feasted on it. Horror, disappointment, a little hatred all flashed up in front of me. And at that moment I knew exactly what I would be putting on his headstone.

In searching for a suitable pic for this blog I came across another that I loved and really wanted to share. 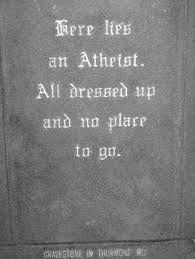 I know that I've made a huge presumption that I will be last to go and therefore will have all the poetic license that I need. But I am 10 years younger, a woman and I try to look after myself. So statistically I should outlive Iven but on the off-chance that I go first I've taken the liberty to compose my own headstone.

I TOLD YOU THAT ALL THAT EXERCISE WOULD KILL YOU!

And speaking of exercise (don't you love the subtle segue?!) - the new year has started really well. So far this week - one strength session plus stretching, a 15k run (I didn't have my program yet - who knew Coach Chris would only give me 10), a speed session (6 X 800 and 1 X 200 just for fun) followed by 50 mins of yoga and a stretching session. And I'm feeling great!!

What would you like on your headstone?
Posted by Char at 11:03 PM